Sign Up
Log In
Purchase a Subscription
You are the owner of this article.
Edit Article Add New Article
You have permission to edit this article.
Edit
Home
2020 Election Coverage
Coronavirus
News
Sports
Announcements
Obituaries
Opinion
Galleries
Classifieds
e-Edition
Archives
Special Sections
Subscribe
Share This
1 of 3 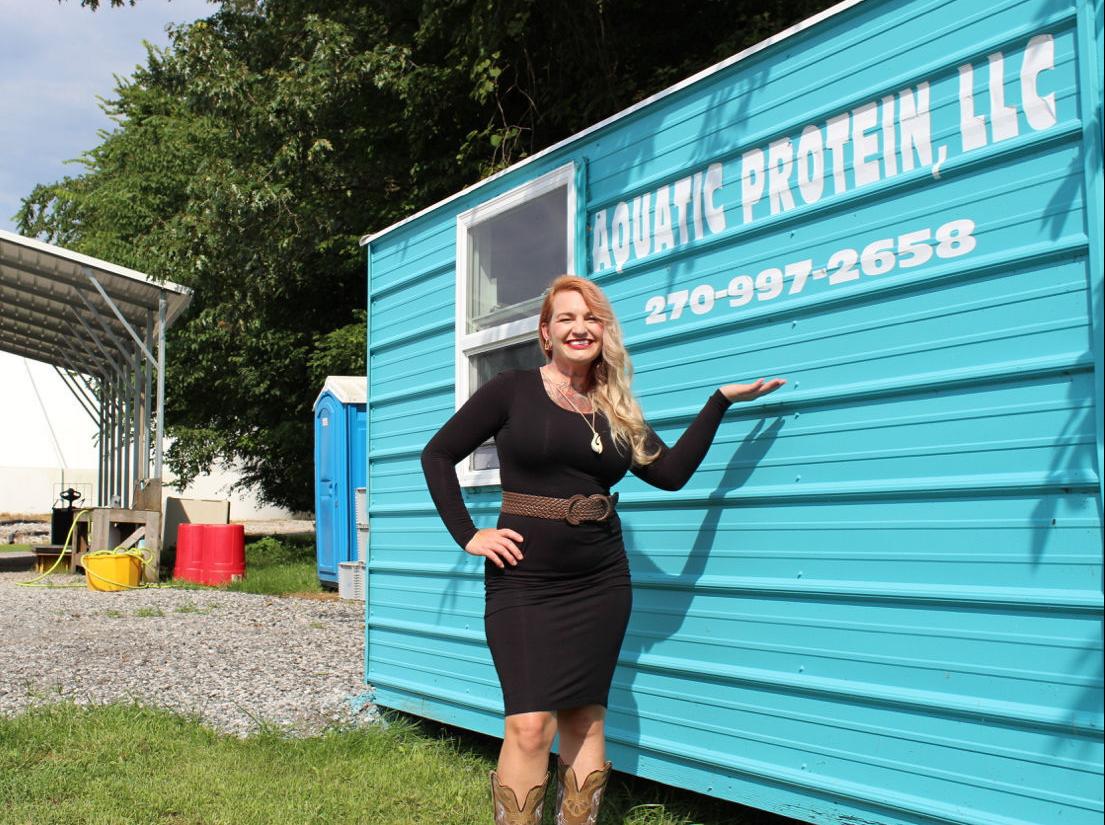 Aquatic Protein Manager Danielle DeMello shows off the fish purchasing operation recently. Aquatic Protein, the newest tennant at Eddyville Riverport, pays fishermen for their catch, using the fish for a variety of purposes. 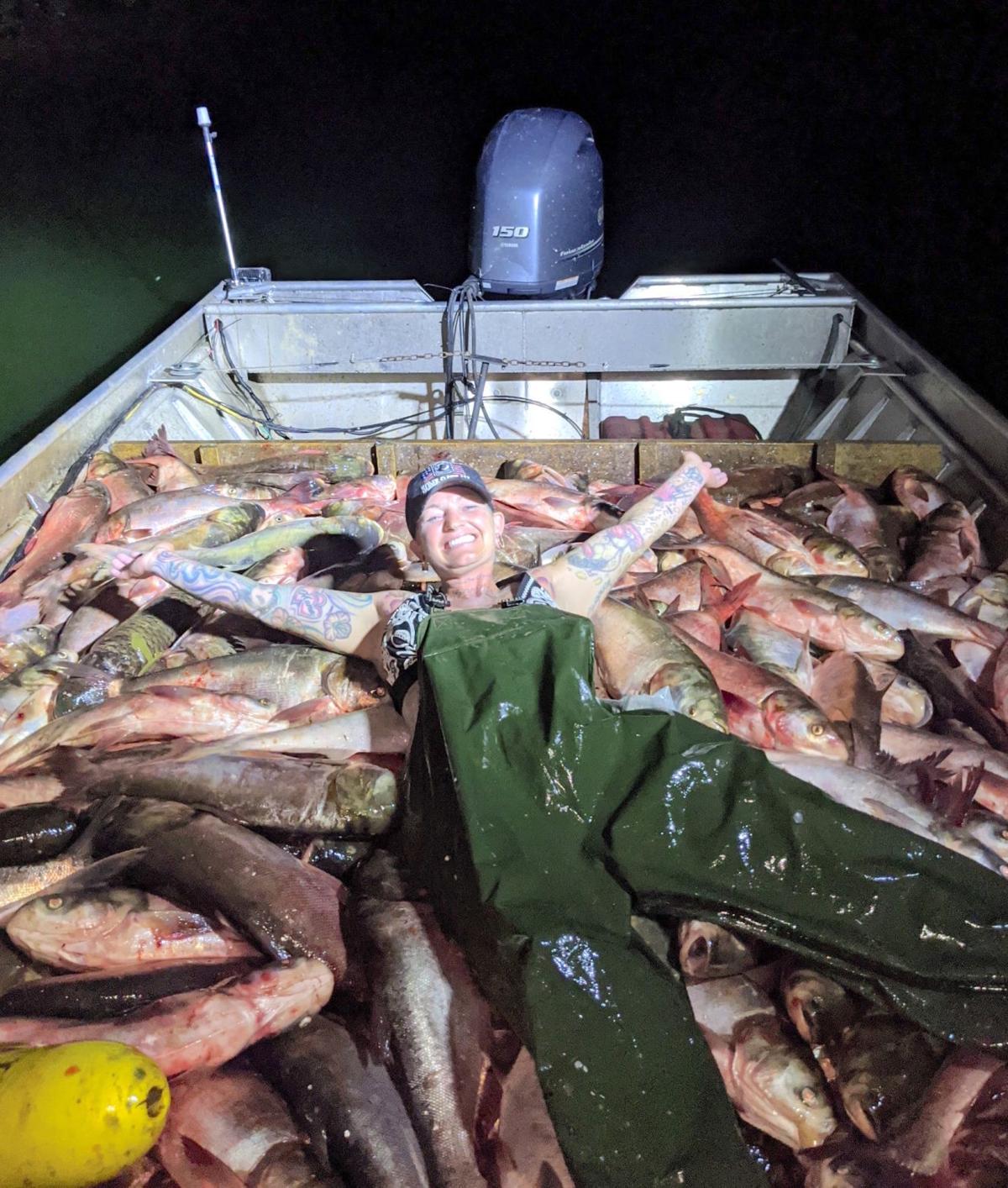 Danielle DeMello, a California native, manages Aquatic Protein in Eddyville, but she also loves to fish the lakes, especially bow fish. Above, she lies among a night’s catch on the water. 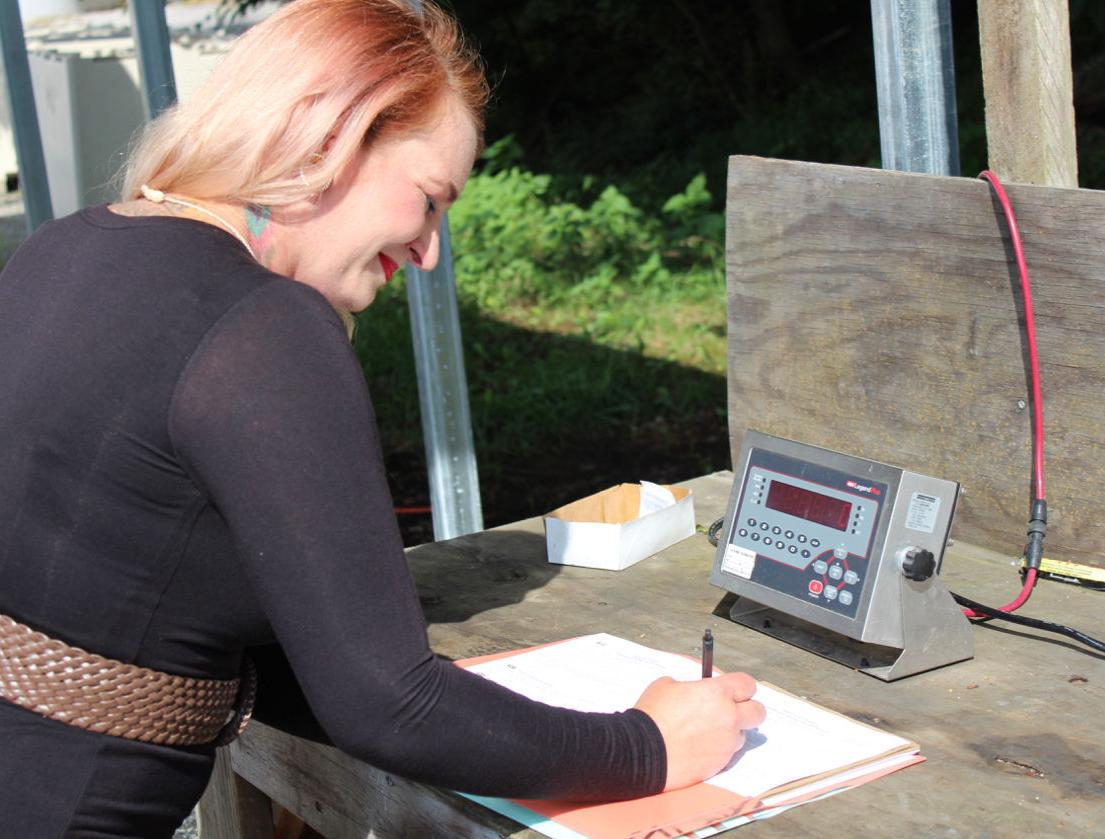 Aquatic Protein Manager Danielle DeMello studies her log of fish purchases from local fishermen who turn in their catch for 8 cents per pound.

Aquatic Protein Manager Danielle DeMello shows off the fish purchasing operation recently. Aquatic Protein, the newest tennant at Eddyville Riverport, pays fishermen for their catch, using the fish for a variety of purposes.

Danielle DeMello, a California native, manages Aquatic Protein in Eddyville, but she also loves to fish the lakes, especially bow fish. Above, she lies among a night’s catch on the water.

Aquatic Protein Manager Danielle DeMello studies her log of fish purchases from local fishermen who turn in their catch for 8 cents per pound.

Buying a fisherman’s catch has never been this much fun.

The enthusiasm and shear joy Danielle DeMello displays at work tells you all you need to know. She is thrilled with her job as manager of Aquatic Protein in Eddyville’s riverport.

Aquatic Protein, the newest tenant for Eddyville Riverport Authority and Industrial Development Authority, buys all types of fish caught locally and around the area for 8 cents a pound. When the collective load is big enough, the fish — all parts of the animal — are then shipped out on refrigerated tractor-trailer trucks and used for a variety of items like dog and cat food, fertilizer and fish oils.

“We use every single bit of the fish,” said DeMello.

The local branch of the Seattle-based company opened about three months ago deep inside the riverport. Its bright blue office with the company name on the side is hard to miss. That’s where DeMello completes her paperwork and takes a break from the heat, but she prefers to be outside, buying and loading fish with a forklift.

“I love it,” she said on a recent summer afternoon at the buying station.

A couple of hours earlier, she had offloaded a catch from a local fishermen. She logs the weight of the haul so the anglers — and bowfishers — can get paid. The checks range from a few dollars for recreational sportsmen to a few thousands for commercial fishermen.

“This will enhance the tourist experience while on the lake, as they give others a place to sell their harvested fish,” said Authority board member Billy Ray Coursey said of the new opportunities provided by Aquatic Protein.

Most of the catches brought to the buying station are so-call rough fishes like carp or gar. They’re big enough to fish or hunt with a bow and arrow, but offer little to no value as a sport fish.

The commercial fishermen who hunt species like the invasive Asian carp from the waters of Lake Barkley and Kentucky Lake, as well as the rivers that feed them, may make as much as $400 per load of fish. Those on government contracts to rid waterways of Asian, black, silver, bighead and grass carp can add that to their subsidy through those agreements.

Some of DeMello’s favorite regulars are the sport bowfishers. She invites them to call her at any hour to take the fish off their hands. She often crawls out of bed at 3 a.m. and make a quick drive to the riverport from her home in Eddyville.

That offer is extended to commercial fishermen as well, but they typically keep regular hours.

DeMello said she hasn’t had a day off since she was hired away Kentucky Fish Center, Aquatic Protein’s neighbor in the riverport. She hardly minds that, as owner Peter Kuttel has entrusted her will all facets of day-to-day operations.

A California native and Army veteran, DeMello moved to western Kentucky, partly, because she loves to hunt and fish. She’s not above going out on the water with some of her regulars, lining up the sights of her bow on a carp lurking just below the surface. She has even gone out with commercial fishermen and recently filed for her own commercial license.

Last month, Aquatic Protein bought about 60,000 pounds of fish. But that’s not much.

Fish are bought at Aquatic Protein’s facility at 978 Port Authority Road. Just call DeMello ahead of time at 270-997-2658 to schedule the drop. Fishermen will need a valid driver’s license to sell their catch.

Aquatic Protein is the riverport’s sixth tenant. Currently under a one-year lease, according to Coursey, it joins Agri-Chem, Gavilon, Paducah Barge, Hu-B’s Offshore and Kentucky Fish Center on about 33 acres of the 200 owned by the quasi-governmental public agency.

“The Kentucky Fish Center primarily deals with a food grade specific size fish and Aquatic Protein uses all sizes of fish including those the bow fisherman bring in,” Coursey differentiates between the two fish buyers. “These added opportunities will hopefully grow the bowfishing economy and other professional fishermen have another market to sell.”

The Riverport is in the middle of a master plan development to show potential tenants what they have available and what it can be utilized for. The board recently secured a grant of just under $116,000 for a project that ties in with the master plan.

“This new plan will have a digital format with overlays that show our property, its elevations, utilities, boundary lines, current leased property lines, and much more,” Coursey said. “It is pretty awesome to view in person.”

The board has a meeting Thursday at the Lee S. Jones Convention Center to touch base on projects and conduct its business.

Coursey said the Riverport is positioning itself to be vital in the future development and growth of the local area and the region.

“Much needs to be done, and much is being done,” Coursey added. “The future is bright for our area and the Riverport along with the Industrial Park want to play a big role in that.”

Aquatic Protein will be sponsoring its first unlimited weight bowfishing tournament in western Kentucky on Sept. 19. There is a $125 entry and $25 big fish pot, but all fishermen will receive 8 cents per pound for their night's (7 p.m. to 7 a.m.) catch. For more information, contact director Will Miller at 270-963-5898 or Danielle DeMellow at 270-997-2658.