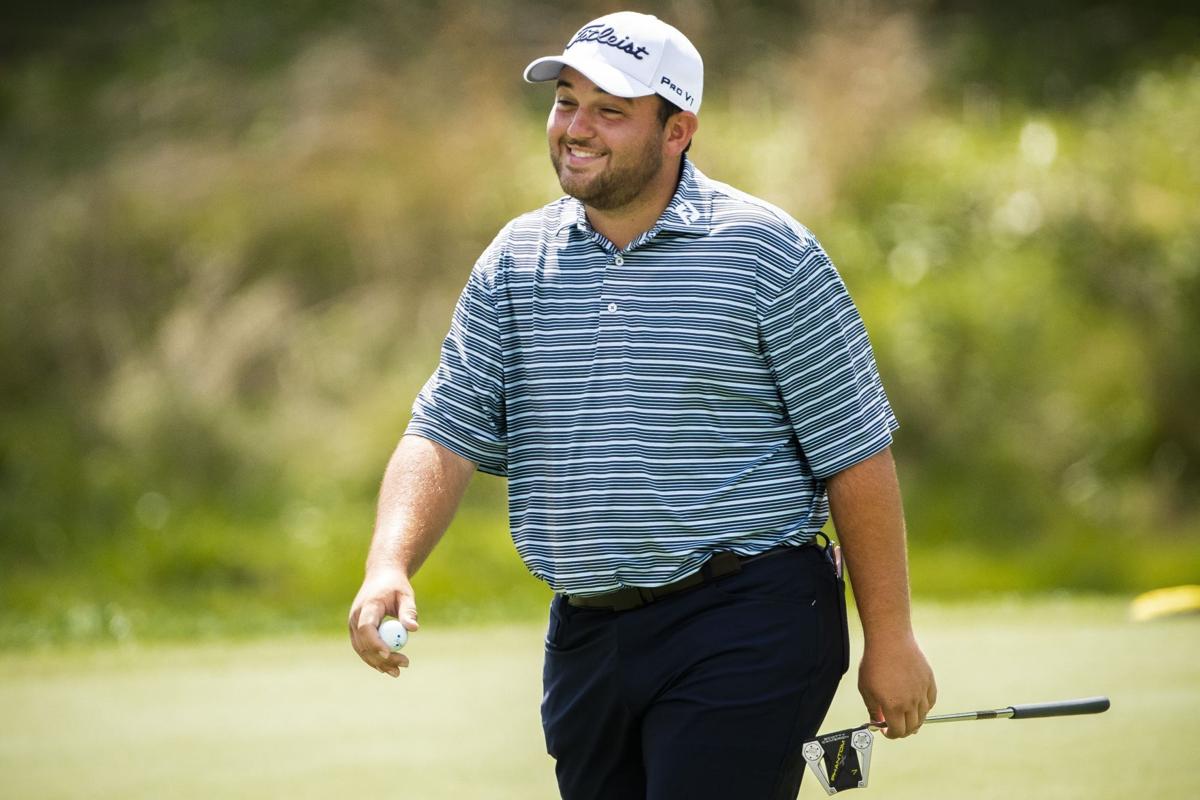 Cullan Brown reacts after sinking a putt on the No. 17 green during the July 20, 2019, third round of the PGA Barbasol Championship at Keene Trace Golf Club’s Champions Course in Nicholasville. A native of Lyon County, a KHSAA state champion and a member of the University of Kentucky men’s golf team, Brown died Tuesday, Aug. 4 in Lexington, following a year-long fight with osteosarcoma. He was 20. 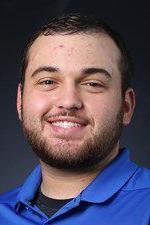 Lyon County’s Cullan Brown — a star sophomore men’s golfer for the University of Kentucky, and so much more — died Aug. 4 in Lexington, following a year-long battle with osteosarcoma (specifically, bone cancer.)

In two decades, the Eddyville native amassed countless highlights across the country — most notably claiming Lyon County High School’s first-ever state championship in any sport by firing a two-day 139 and winning the KHSAA boys golf individual title in the fall of 2016.

Earlier that same year, Brown — then ranked the 30th-best golfer in the U.S. Class of 2018 — committed to the Wildcats, after taking unofficial visits to Auburn and Vanderbilt.

“I couldn’t be happier to play college golf at the state’s flagship university and to be a Wildcat,” Brown told Golfweek’s Brentley Romine. “I love the state of Kentucky and its people. To represent the University of Kentucky and have great people like Coach (Brian) Craig and Coach (Ben) Fuqua to guide me through my college career and be a member of the Wildcats team is a dream and a blessing.”

Brown won the final of his three First Region championships on Sept. 25, 2017, in a two-hole playoff with Marshall County’s Jay Nimmo at the Country Club of Paducah.

By the time he graduated, Brown had scrambled into the nation’s top 20 golfers in the Class of 2018 (according to Junior Golf Scoreboard), and was a member of a Team USA in 2017 that captured the Evian Junior Cup Championship in Evian, France.

Also a KHSAA state runner-up in both 2015 and 2017, Brown only blossomed further after joining the Wildcats in Lexington.

He earned All-SEC Freshman Team status following a terrific 2018-19 campaign, where he navigated past a fall injury and appeared in all eight spring events with seven starts — including the 2019 SEC Championship, where he tied for ninth behind a 67-69-72-208 at the Sea Island Golf Club in St. Simons Island, Georgia.

Following his prestigious spring play (and a 72.42 stroke average), Brown received a rare exemption and invitation to the PGA’s 2019 Barbasol Championships at Keene Trace Course in Nicholasville. Again, he soared — not only making the cut, but firing a four-day, 10-under par with a 72-68-67-71-278 and in a tie for 53rd place.

On Sept. 1, 2019, two weeks after his Nicholasville success, Brown revealed his diagnosis.

“It’s not the news anybody wants to hear,” he told former Sun sports reporter Al Willman. “It’s probably been worse on (my family) than it’s been on me. Everything has happened so fast and we’re staying so busy that we’re just focused on moving forward. I think we’ve all come to terms that it’s a bad situation and it’s a bad deal, and it’s obviously a huge kink in the whole plan. But, it’s a very fixable and curable issue. Basically, we’re going to have to take a year and we’re going to have to really, really focus on it and really fight it.

“Hopefully, after a year, we’re just going to be able to look back on it and say, ‘Dang. That was a bad year.’ And, move forward.”

On May 2, Brown was awarded the University of Kentucky’s “Male Freshman Athlete of the Year” award at the digitally-produced 18th Annual CATSPY’s presented by Kentucky Farm Bureau Insurance, despite missing his 2019-20 athletic and academic season while receiving concentrated treatments in his left thigh.

“I’d just like to say ‘thank you so much,’ ” Brown told the digital panel. “It’s such an honor. I’m not 100% sure who goes about handing out these awards, but whoever it is, I just want to make sure they get all the thanks. And know that they have all the gratitude from me they could possibly have. It’s a fantastic award.

“We (the Wildcats) had a good spring last year, and I couldn’t possibly be happier to be accepting this award for both myself and for the men’s golf program. When I say it means a lot, it truly does mean a lot.”

Many people knew Cullan as a great golfer. He definitely had the results to prove that. But golf was what he did, not who he was. Cullan was the good that we should all demonstrate to our fellow man. Cullan was humble, kind and loving ... I’m sad his journey on this earth was cut short, but his tender touch will remain with us.

Tributes to Brown pour in, A6

'Friendsgiving' will never be the same, A5