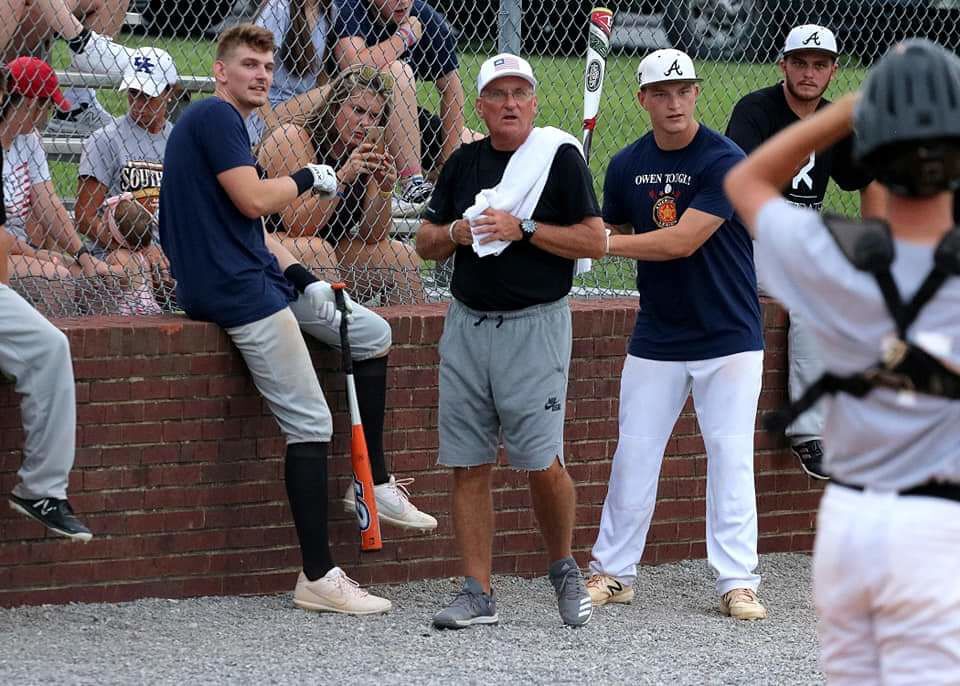 Members of the Post 68 alumni team — including coach Greg Vincent (center) — pose for photos before last year’s benefit for Owen Matthews and his family, called #owentough. The team raised $22,000 for the Matthews family and seeks to raise $100,000 this year for five charitable foundations. 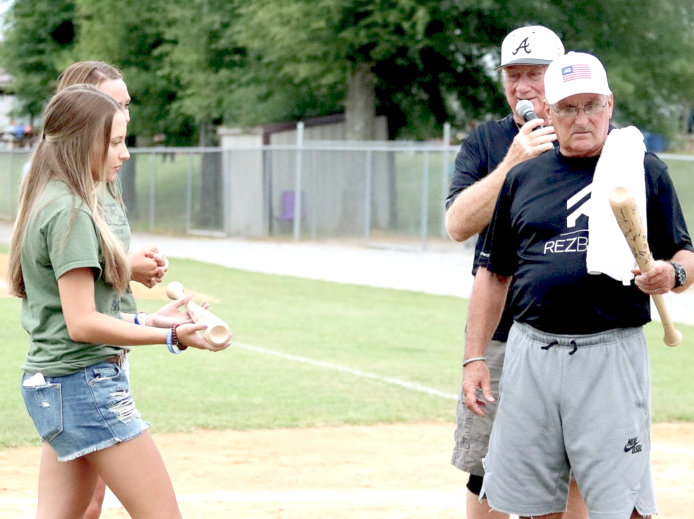 Members of the Post 68 alumni team — including coach Greg Vincent (center) — pose for photos before last year’s benefit for Owen Matthews and his family, called #owentough. The team raised $22,000 for the Matthews family and seeks to raise $100,000 this year for five charitable foundations.

The American Legion Post 68 baseball team out of Lyon County has a reputation for being a champion-level team — having won four straight state championships — and now, the champions are giving back in a fundraising event that seeks to raise $100,000 for five charities.

Champions Giving Back is the second annual fundraising event for Post 68, after raising $22,000 for Lyon County native Owen Matthews, who succumbed at age 11 to pediatric Rhabdomyosarcoma, a rare cancer that forms in soft tissue, last Nov. 4.

Greg Vincent, the longtime coach of Post 68, has been a part of the team for 50 years as a player and coach, and this year will be his last. He is one of the lead coordinators of the fundraising event, having led the charge in the Owen Matthews fundraising event last year.

“There are five foundations that this (event) benefits,” he said. “One of those is the V Foundation, which Dick Vitale kind of runs for Jim Valvano — he has assured me that all the money we raise and give to the V Foundation will go toward pediatric cancer.”

Other foundations benefiting from Champions Giving Back are:

• The Wounded Warrior Project, chosen because Matthews’ father was a decorated veteran who lost both legs in Afghanistan during his third tour.

• The Cullen Brown Foundation, named for the Eddyville golfer and high school champion who died Aug. 4 from osteocarsoma, or bone cancer, in his sophomore season at the University of Kentucky.

• Lara’s Celebration, which works to meet the needs of cancer patients and survivors in this area and raises money for local students to attend college.

At the heart of this year’s event is the Chappell Allen baseball invitational featuring eight American Legion teams from five states, that will be held June 17-20 at Lee S. Jones Park in Eddyville — including teams from Mayfield, Eddyville, Madisonville and Frankfort — but there is so much more the team is doing to benefit five organizations:

“For the local business to contribute the most, it will receive a basketball autographed by Michael Jordan and a bottle of bourbon from Coal Pick Distillery that cannot be bought anywhere in the world,” Vincent said.

Coal Pick Distillery is based in Drakesboro in Muhlenberg County.

“We’ve sent out well over 500 invitations,” Vincent said. “We expect a lot of people. They will be able to taste the bourbon from different distilleries. We’ll also have entertainment, so that’s going to be a big night.

“We’ve done our own private label bourbon; it’s called Post 68 Baseball Bourbon. And, we can’t sell it; we’re giving it away — for a donation. We just picked it up (Wednesday), and we’ve already given away a lot of it.”

Post 68 Baseball Bourbon can be obtained for donations of $168 for the large bottles and $100.68 for the smaller bottles.

• An online auction, which will go nationwide online through AuctionFrogs, a company based in Boise, Idaho, and Staley Payments of Little Rock, Arkansas.

Some of the items that will be put up for auction include another basketball autographed by Jordan, a Lou Gehrig-model baseball bat, basketballs signed by Anthony Davis, Ja Morant, Rick Barnes, Coach Mike Krzyzewski and more.

Some of the items can be seen at the auction site at post68baseball.com. A silent auction website will be put up soon, Vincent said.

Deb Domke, the executive director of the Lake Barkley Chamber of Commerce, has worked to coordinate several of the fundraising events in Champions Giving Back, including the bourbon tasting.

“Individual tickets will be $35 apiece, and couples are $68,” she said. “They can purchase the tickets at Payroll Vault, Nonnie’s Place and Eddy Creek Marina.”

Vitale was an integral part in last year’s event and is a major player in Champions Giving Back, helping to collect valuable items for the auction. He has helped put Post 68 in touch with Jordan, Mark Cuban, Bill Gates and other celebrities to support the event.

“Dick and I talk every Sunday night at 7,” Vincent said. “When we started this, he said, ‘Hey, I’m going to have a bunch of people call you, and you tell them what you need.’

Vincent said he was excited about how vast the sphere of Champions Giving Back has become.

“It gets bigger every day,” he said. “To take it nationwide with AuctionFrogs and Staley Payments is huge for us.”

Last year, the team put together an alumni game in three weeks and raised $22,000 for Matthews and his family.

Bob Harbison, the general manager of Post 68 baseball, said there are plans to have fundraising events in the future to benefit the community.

“I don’t know exactly whether it will be for pediatric cancer or for something else, but it will be a community-based event.”

T-shirts are on sale at post68baseball.com, and donations can be made through the website as well. Information is also available at the “Post 68 Baseball: Champions Giving Back” page on Facebook.