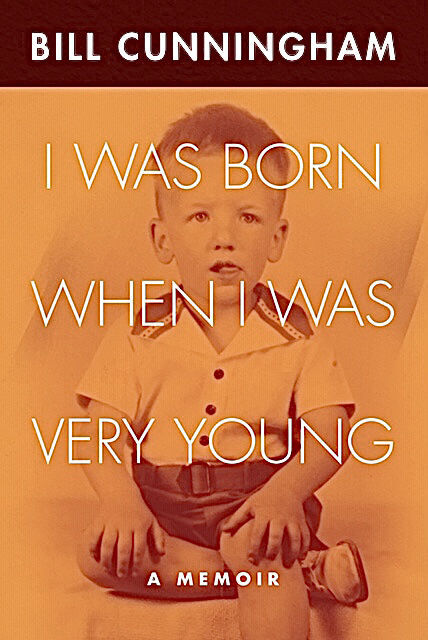 The cover of “I Was Born When I Was Very Young,” available for purchase at www.BillCunninghamOnline.com. 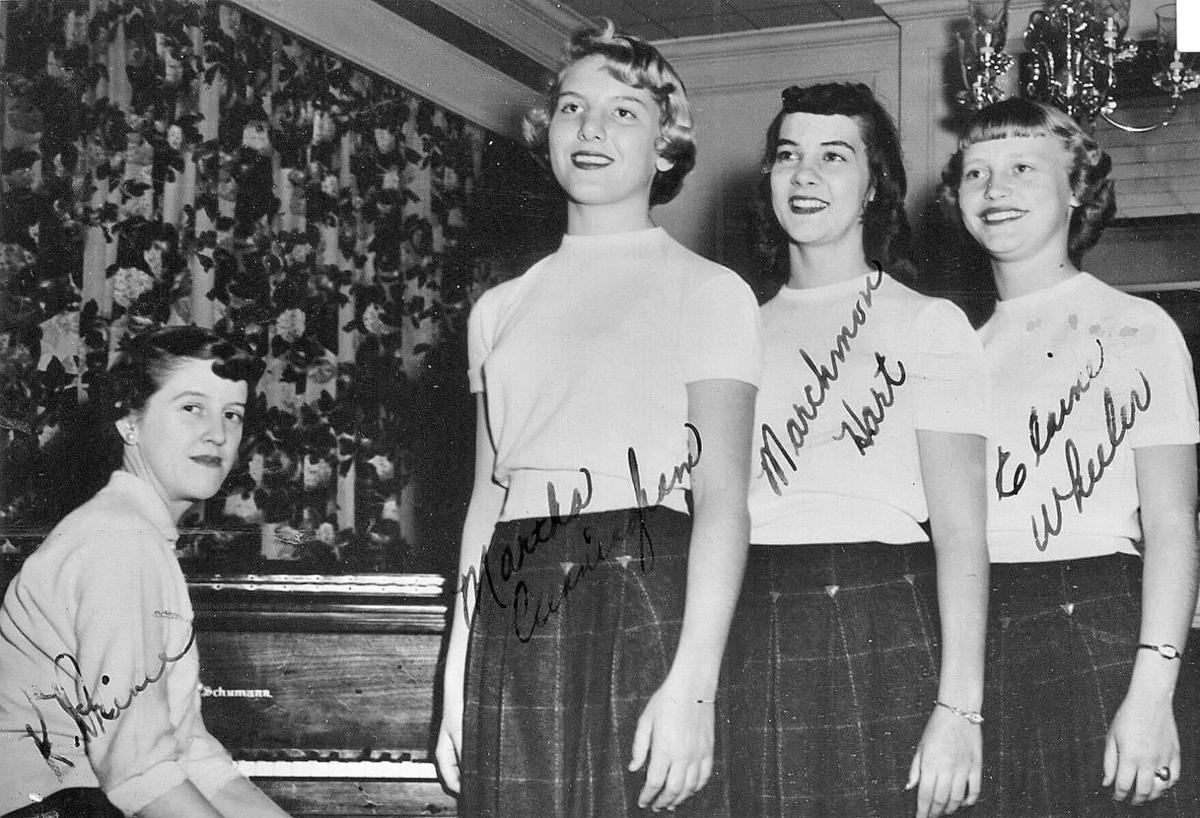 The cover of “I Was Born When I Was Very Young,” available for purchase at www.BillCunninghamOnline.com.

Justice Bill Cunningham’s first true autobiography chronicles his colorful early childhood in Old Eddyville prior to its demolition and Barkley Lake’s impoundment over half a century ago.

This writer had the privilege of observing as Cunningham penned I Was Born When I Was Very Young during the pandemic year. In my opinion it is his best work as an author.

The following is one of my favorite passages from the book. — Christian Greco

I Was Born When I Was Very Young by Bill Cunningham

Eddyville and Kuttawa’s rivalry in those days was bitter — steeped in the Civil War. Both towns were of comparable size. Eddyville had the courthouse; Kuttawa had the high school. Kuttawa had the swimming pool; Eddyville had the picture show — back and forth, you could see them swing it out. This rivalry’s intensity seemed to have dissipated a great deal with the older citizens, with the notable consolidation of the high schools in 1948. Eddyville and Kuttawa boys were now thrown together on the same teams from the seventh grade on. But even the towns’ grown-ups realized that the hatchet had only been buried in a well-marked grave.

Up through Little League and the sixth grade, the bad blood still flowed freely. It was only half-jokingly reported, “When Eddyville and Kuttawa played each other in baseball, there was always a double-header. First was the game, and then the fight.”

This was my last year in grade school. It was also Martha’s last year in high school. Although we shared a bedroom, we saw little of each other. She was in one orbit; I was in another. She was a grown woman; I was still a child. Getting there, but still a child. My attitude toward her had evolved from that of wariness to one of admiration. She was now a beautiful senior in high school, a top student, very popular — just about all those things you’d want your daughter to be — would want an older sister to be. She had lost all of her condescension toward me, and as much as possible, considering the age difference, treated me as an equal — as a friend. I liked her friends, and there were many mornings when I would wake up in a room full of beautiful, sleeping women. Sometimes in my own bed. I liked her boyfriends too, although I never knew much more of them than sitting in the living room as they nervously waited for her to get ready.

There was one brief time when she allowed me to share a small part of her limelight.

When we returned from Tennessee, Martha joined classmates Elaine Wheeler and Marchmon Hart and formed a singing group called The Melody Maids. They were spectacular and became one of the region’s top amateur draws for entertainment. After a while, they were no longer amateurs and were paid for their performances. They were pretty and talented, covering both gospel and popular song genres.

It would take pages to recount the story of the Melody Maids. For the purpose of this writing, we’ll summarize it. They began by performing at civic club and school events, then grew to statewide gatherings, then they soared, even performing at the iconic Ryman Auditorium in Nashville. They appeared with the vocalists and well-known of the day, including the fledgling Oak Ridge Boys, who started out under a slightly different name.

I was not into music in those days. Still, I thought the Melody Maids were as good as any of the professional music groups we heard on the radio and television — that included the hugely popular McGuire Sisters.

At last, the group discovered my hidden talent.

I didn’t talk plain from my beginning days of talking all the way up through the first two or three grades of school. Nobody called it a speech impediment, nor gave it any mind. The generalized analysis was simply: “The kid can’t talk plain.” No one had heard of or even dreamed of a speech therapist. Wisely, they knew, “he’ll grow out of it.”

I was not alone. Randall Jennings was in my class, and if there were a grand race as to who was the worst at talking plain, he and I would break the wire in a photographic finish. We received no special attention, nor were we the object of fun-making by our friends. Although good-natured, Randall came from a bad side of town. I think everyone knew he’d beat the hell out of anyone making fun of him. I stayed dry under his umbrella. I could vouch for the fact that Randall would fight — he and I duked it out one time in a ferocious battle over one of the most pressing issues of the day: whether there was a Santa Claus. I took the affirmative. I don’t remember who won that fight, but of course, Randall would eventually win the argument.

I’ve digressed a bit. But back to my wonderful voice.

As I grew out of not talking plain, people began to notice something else unusual about me: I had a deep voice — a very deep voice for a child. Long before puberty, my voice changed to that of an adult man. It was highly amusing to people, like a gruff sound coming out of a dwarf. Again, besides people occasionally enjoying my novel way of talking, it gained attention only by people meeting me for the first time.

That is until the Melody Maids came along.

I cannot remember how the Melody Maids came to recruit me as part of their show, But this I know: “Tennessee Ernie” Ford’s huge hit of late 1955 was “Sixteen Tons.” This song was written and released by Merle Travis in 1947. However, “Tennessee Ernie” brought it back in his own bass-baritone voice and finger-snapping style in 1955. It was a number-one hit. I assume the trio and their pianist, Katchie Prince, thought it would be a showstopper to include me in their show, singing Ernie’s smash hit. I was taught the song and rehearsed it with them.

Then my big night came at a large talent show at the Yale School, Between the Rivers. The little auditorium was packed, and I was dressed up like a coal miner, including a smudged face. It must have been frightening for me. But all I remember is the thunderous ovation I got at the end of the song.

Early one Saturday morning, Martha rousted me out of bed to go with the Melody Maids for their regular, live seven o’clock Saturday-morning show at WPKY radio in Princeton. I sang the big Elvis song of the day, “Blue Suede Shoes.”

Those two performances are the only specific ones I can remember. Were there others? Was I a regular for a while with the spectacular Melody Maids? Except for those two times, I draw a complete blank. However long I performed with them, it didn’t last — my contract was not renewed. I suspect the following: the Melody Maids became so much in demand, their schedule became packed with performances and practices. They were all over the tri-state area, as well as central Kentucky. They simply didn’t have a place or the time for a mascot. Even at that young age, my prospects as a rockstar were dim. It was obvious I didn’t have the face of a Fabian or Pat Boone. No huge contracts with record companies were looming. Thirdly, I suspect that once people got past the uniqueness of my deep voice, even the least musically-inclined recognized that I couldn’t carry a tune much further than clear conduct in school. Familiarity breeds contempt.

My wonderful sister and the Melody Maids gave me that one glamorous moment on a real stage with a real audience and real applause and whistles. Shakespeare had described me centuries before. I became “a poor player that struts and frets his hour upon the stage, and then is heard no more.”

“I Was Born When I Was Very Young” is now available for purchase at: www.BillCunninghamOnline.com.