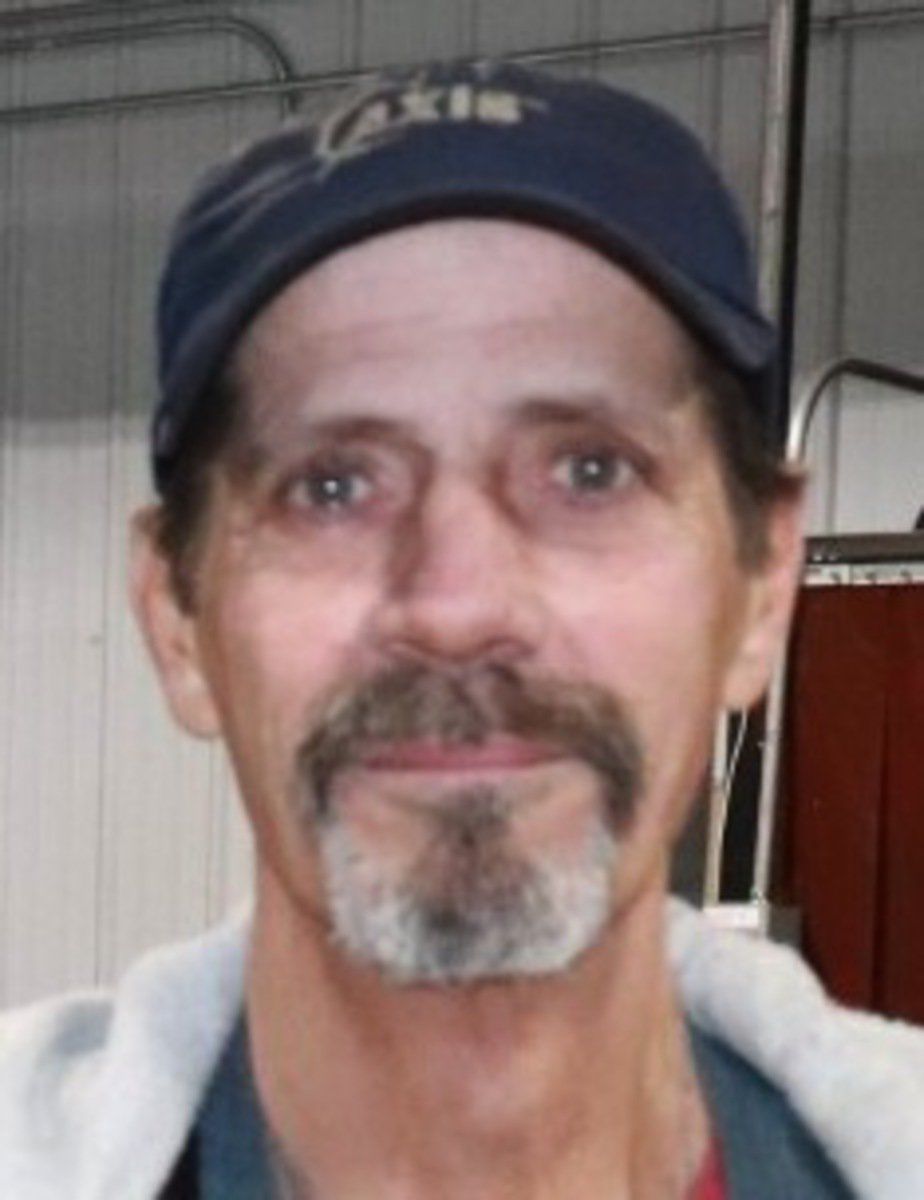 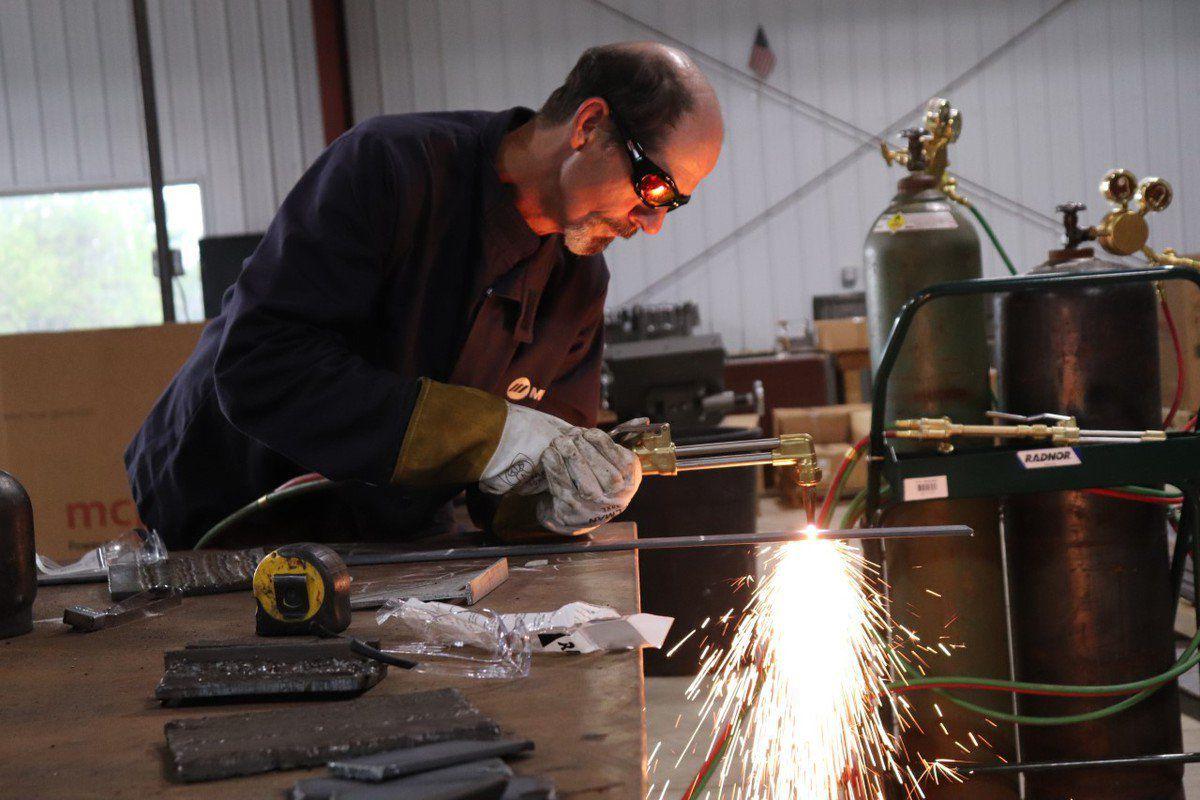 Frank Knapp of central Kentucky says with the Lord's help and that of the Isaiah House treatment center, his life has new meaning. The center offered recovery from addiction and a trade program that allowed Knapp to learn welding.

Frank Knapp of central Kentucky says with the Lord's help and that of the Isaiah House treatment center, his life has new meaning. The center offered recovery from addiction and a trade program that allowed Knapp to learn welding.

Frank Knapp is a thankful man. He's thankful for second chances and opportunity.

A recovering alcoholic with 18 months of sobriety under his belt, Knapp, 57, credits a rediscovered relationship with Christianity, his family, and an addiction treatment center in central Kentucky for saving his life and providing him with an opportunity to live a life that he never thought was possible.

In September 2018, Knapp was running out of options. His alcoholism was causing his health to fail, and ruining his relationships with his two daughters.

Knapp wanted desperately to be involved in the lives of his children and grandchildren, so at the recommendation of his daughter, Knapp checked into an addiction treatment center in central Kentucky named Isaiah House, about 45 miles from his home in Lexington.

There, Knapp said his life made a total 180 degree turn. A couple months into his time in treatment, Knapp said he had a "spiritual awakening" after suffering a seizure.

"I truly gave my life to the Lord that day, there is no doubt," Knapp said. "That's when I committed to it and began to change my life."

Knapp connected with other people struggling with the same problems he had while in treatment, and he received the medical and clinical care that he needed to restore his physical and mental health, as well as connecting with a community of people that had overcome their battles with addiction and others who were walking the same path to sobriety he was.

Knapp landed a job working in the kitchen at the Isaiah House main campus in Willisburg, located in Washington County about 45 miles from Lexington, while still receiving treatment for his addiction.

Knapp completed the long-term program at Isaiah House, an 8-11 month program, in July 2018. The family he longed to see restored was able to see him graduate during a graduation ceremony at Sand Spring Baptist Church in Lawrenceburg on July 27.

An opportunity for a fresh start

Isaiah House was named a satellite campus for Campbellsville University in 2018, the first treatment center in Kentucky to earn such a designation.

Isaiah House Treatment Centers operate four residential treatment centers in central Kentucky, including centers in Washington, Nelson, and Mercer counties, as well as an outpatient center located in Boyle County and more than 20 transitional living homes, including one in Fayette County.

Limited experience in the welding trade didn't stop Knapp from enrolling and moving forward with this new change in his life. Eddie Barker, who serves as the welding instructor for the program along with being a fellow alumnus of Isaiah House, said Knapp's progression has been amazing to watch.

"Frank has done really well," Barker said. "He has come a long way since starting the class and has grown a lot since then."

Knapp has a background in drilling and construction, but his only experience with welding came from a class in high school.

Welding was in his family though. Knapp's brother worked as a welder.

Losing his brother in such a tragic and sudden fashion was extremely difficult, but Knapp said his brother continues to inspire him as he enters into his second semester in the welding program with a bright future ahead.

"He was excited about this for me," Knapp said. "So he continues to inspire me. I wish I could go through this and go to him for advice, but I'm sure he's looking down smiling. My brother wanted to see me get my act together and live a good life."

It was just a couple weeks after his brother's death that Knapp found out that he was accepted into the welding program at Isaiah House.

"My other siblings couldn't believe it," Knapp said. "It was unbelievable."

Being in the program has been a major part of Knapp's recovery.

A life saved by second chances

Knapp is originally from southern Illinois, but made his home in Lexington as a teenager, enrolling in Lafayette High School during his sophomore year.

He graduated from Lafayette and decided to enroll in the military, serving for three years in the U.S. Army at Fort Benning in Georgia. After that, he went into the construction industry.

Knapp said he began drinking as a teenager, around the age of 13. He drank through high school and that trend continued through his time in the military and afterward, but he was still able to work, so he refused to admit that his drinking was becoming a problem.

Knapp ran into legal problems over a theft in Lexington, which landed him in prison for five years on and off.

"I kept telling myself that since I was getting up every morning and going to work, it didn't matter what I was doing," he said. "It's none of your business. That's the mentality that I had. Well, that's just not true. I was hurting people around me."

Knapp struggled with epilepsy and led to a workplace accident that nearly killed him. He was working on a construction project at the University of Kentucky in 2015 when he suffered a seizure from a substantial height. He fell and fractured his skull, and the doctors gave Knapp a grim diagnosis.

"They didn't really have much hope for me," he said. "And if I did pull through, they didn't think I would be of much use."

Knapp was able to recover from the fall, but due to medical restrictions, he gave up his career in construction and began working at local restaurants and bars, where his alcoholism continued to worsen, as did his epilepsy.

He was prescribed medication, but alcohol negated the medication, so while Knapp continued to drink, his epilepsy medication had little to no effect. One night, while working at a hotel in Lexington, Knapp suffered a seizure that he couldn't come out of. He was put into a medically-induced coma for a few days.

"It was only by the grace of God that I came out of that coma," Knapp said.

Knapp started drinking a couple weeks after coming out of the coma, at which point his family gave him an ultimatum: get help or he was going to die.

That's when he was told about Isaiah House. Now, nearly 18 months later, Frank Knapp is a changed man with a path in the future that he could only once dream about, and he couldn't be more thankful for the opportunities and second chances along the way.

"The Lord is a great redeemer," he said. "I couldn't begin to tell you how much my life has changed over the last year and a half. It's because of God, great support from the Isaiah House and my family."