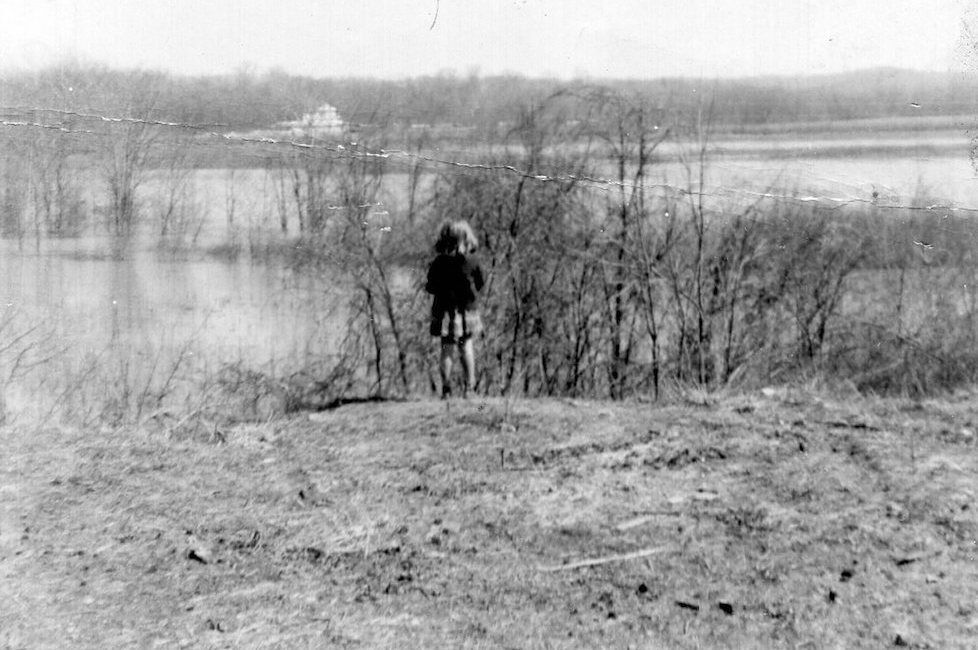 Rita Lane Fentress, the mother of documentarian Anne Lane Fentress, looks out over her family’s land in what was known as then Golden Pond, Kentucky, before it was flooded by the Tennessee Valley Authority in the 1960s to create the Land Between the Lakes National Recreation Area. Now, nearly six decades later, Fentress is telling the story of those the communities that lost their home when LBL came into being in a new documentary. 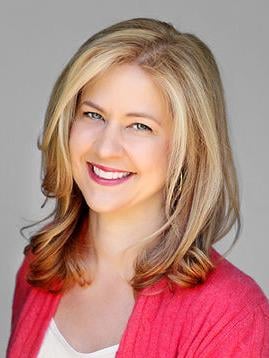 A documentary writer-producer whose work has appeared prominently on Country Music Television and other national venues is completing a film entitled “Between the Rivers: The Land Between the Lakes Story.”

“My name is actually Anne Lane Fentress and the Lane comes from my mother’s maiden name,” she explained recently. “My father was Lee Lane and my mother was Cornelia Oakley Lane. Their families had lived between the rivers since the 1830s. My grandmother’s family received some land there for service in the Revolutionary War. (That ancestor’s) last name was McWaters.”

Fentress grew up in Alabama, but often visited her grandparents in Marshall County. She credits their many LBL hikes and picnics together for her love of nature. “I had grown up hearing stories about the time before the government took the land for the recreation area and also during the time (that transition) happened. It always made me think of my mother coming from a place like Brigadoon, a land trapped in time, populated only by memories. So, it had this very romantic, incredibly sad quality about it.”

Combined with her own love for what it became, Fentress found everything associated with it very powerful. “A lost community is one of the biggest things that people I’ve interviewed have mentioned,” she said. “There was the loss of the ability to take care of that land. I think that’s what the people in my film are doing now. They’re still trying to take care of the land that they grew up on and feel intimately and inextricably tied to.”

The documentarian cites the thoughts of legal theorist Margaret Radin. “She came up with this idea that you shouldn’t be able to take property that is essential to personhood,” Fentress noted. “Things like your family farm she compares to an engagement ring, a piece of property a lot of people consider a part of their identities. Their families’ life saga came and went on one piece of property over five or six generations. I think that tie is why they’re still so invested today in what happens to that land. They feel like they are the caretakers of land that they want to ensure is managed well.”

Descendants of families who lived between the rivers remain interested in what happens to the LBL for higher reasons than simply that it once belonged to their families, Fentress believes. Instead, they want worthwhile purposes for the land, purposes that serve the greater good. “It’s important to them to maintain the land as a recreation area,” she said, “where people can learn about the environment and we can all have a natural respite.”

America has experienced significant changes in its history from essentially wilderness to numerous large cities. The entire U.S. population at its founding totaled approximately 2.5 million. By comparison, the United States in 2020 includes some 35 metropolitan areas, all with populations of 2.5 million or more. Altogether, the nationwide population exceeds 330 million.

That urbanization causes many residents of large cities to seek respite in rural areas. “It’s beautiful to be out in nature and that’s something that we don’t really get in our lives today,” Fentress said. “It’s because we live in cities and suburbs instead of an unadulterated place that really doesn’t exist much anymore.”

Fentress completed her last “shoot” on her documentary last summer. Currently, the film is one hour long. She has enough footage and realizes the task of completing editing remains. “I can only give my perspective, because I didn’t grow up there,” she summarized. “I have a love for the Land Between the Lakes as a national recreation area and as the place where my family is from. I love the land itself. I think the people in my film also have a love of the land and the community they had there. That’s really what’s driving their desire to see it protected environmentally.”

The film is seen through the lens of someone whose family lost land, but also loves the Land Between the Lakes. “I want people to think about our relationship to property beyond commodity,” she said, “and our relationship to land and to nature and how that’s changed from when people lived off the land, when they were farmers.”

In the end, it’s a story of people’s love of the land. “A lot of the people from between the rivers felt like that,” she said. “They identified with where they came from and the land they grew up on. When it was taken from them, it was terribly traumatic. Today, they want to make sure their families’ sacrifices weren’t in vain, that environmental education and biodiversity remain important. They want to make sure there still will be an unadulterated place, where people can get out in nature and still be connected in that way. “

See a trailer of the film and other features about the project by logging on to the internet at http://www.betweentheriversfilm.com or by following updates on Between the Rivers Film Facebook for the eventual premiere.