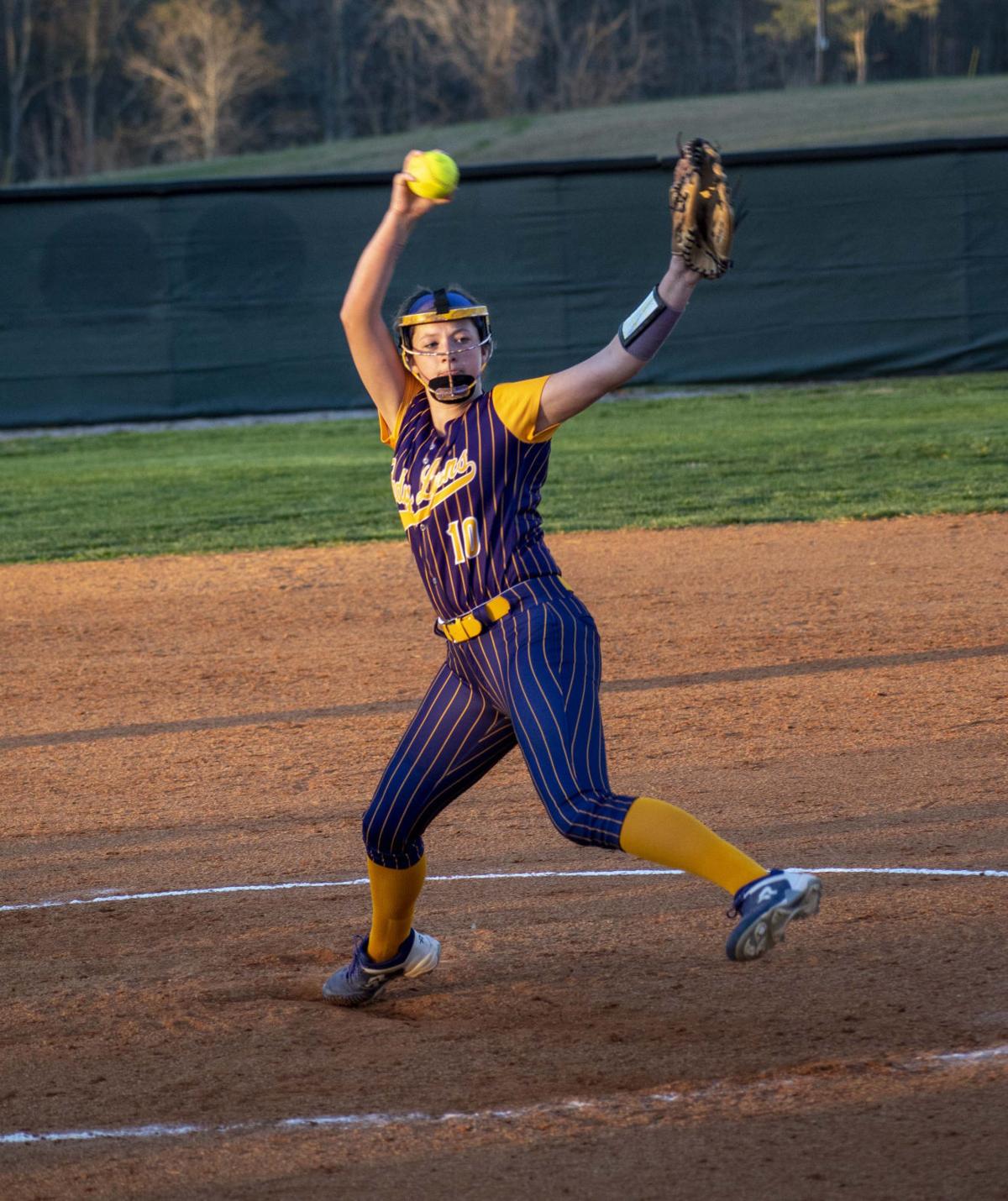 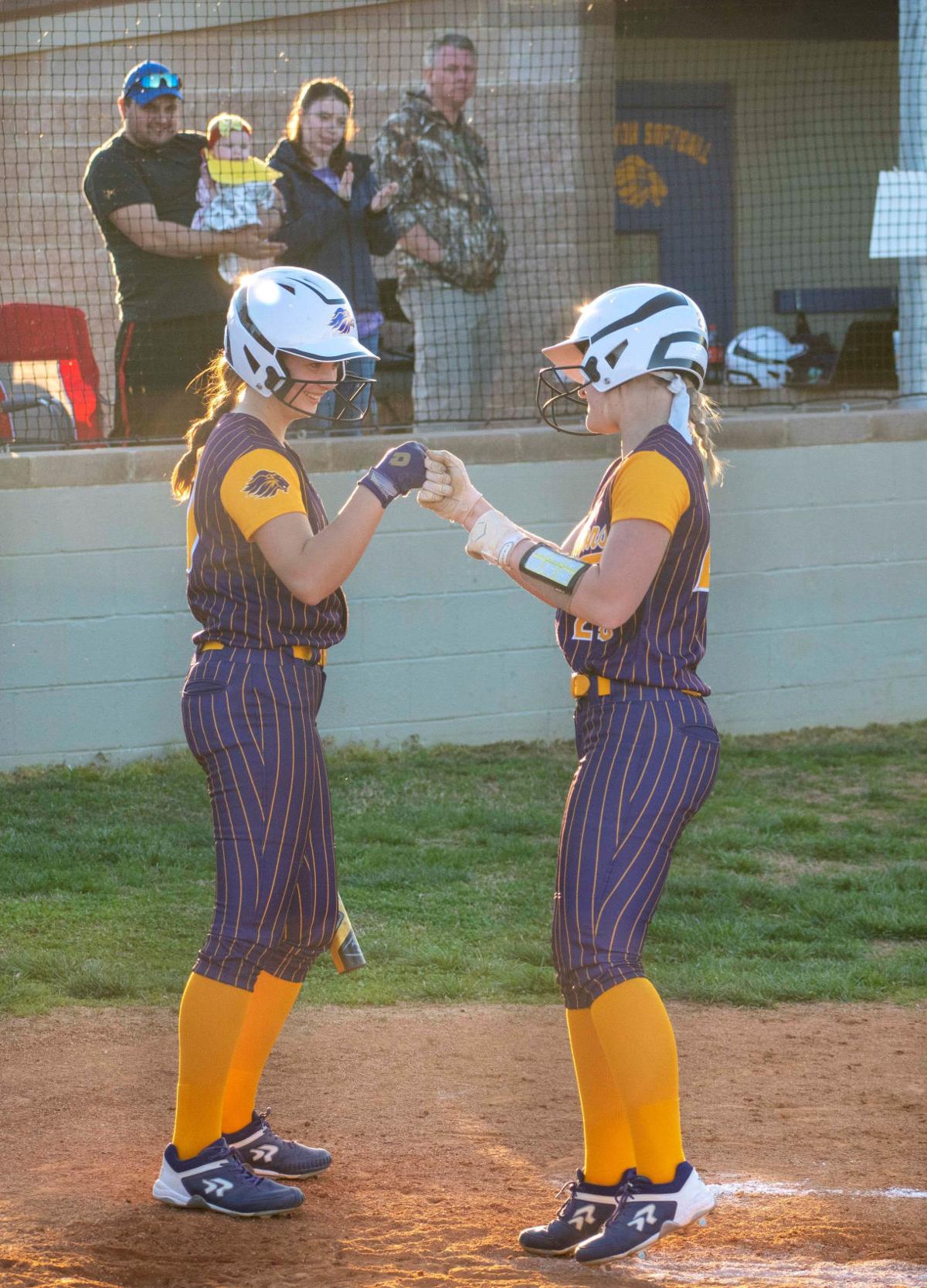 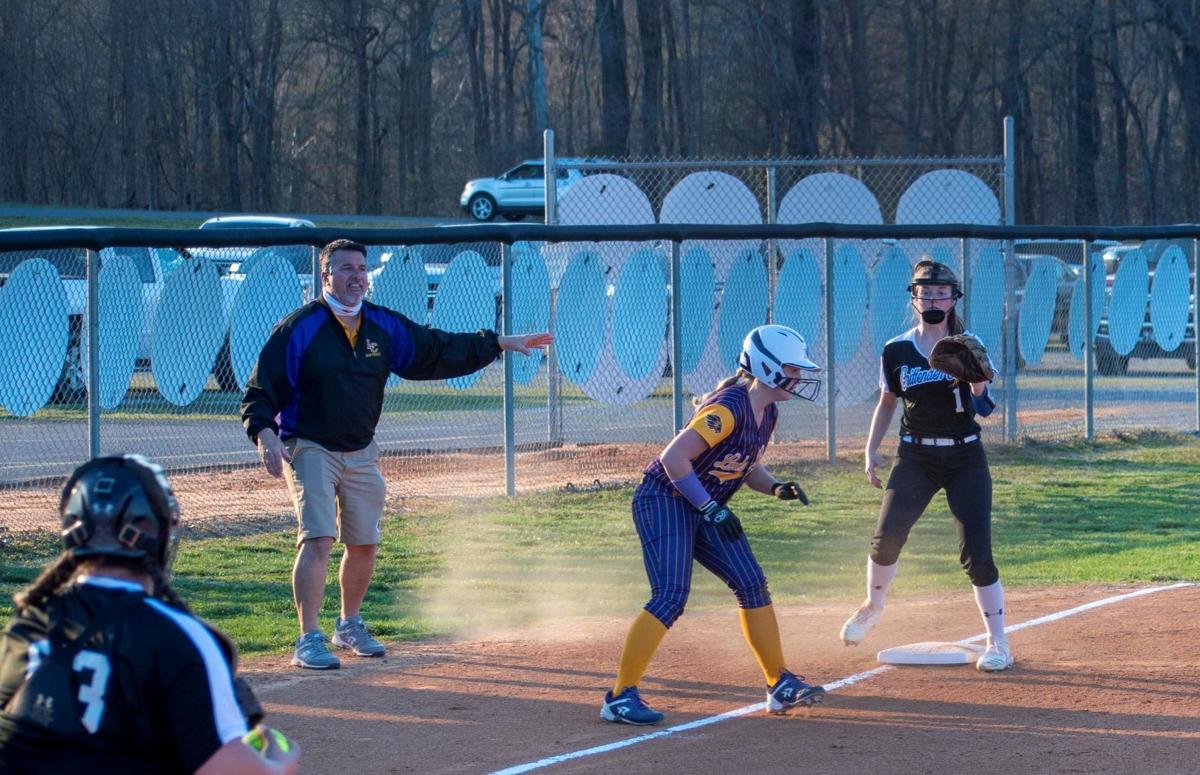 Lady Lyons’ Katelyn Dykes is safe at third after hitting a triple Monday.

Lady Lyons’ Katelyn Dykes is safe at third after hitting a triple Monday.

The Lady Lyons scored seven runs in the third on its way to an 11-1 victory over rival, Crittenden County on Monday.

Seniors Kaelyn Conger and Sydney Melton hit twin homers to put the Lady Lyons ahead in the early innings.

First at-bat, Ashlyn Hicks put the Lady Rockets in play on a line-drive single to center. Although Kalli Champions sacrifice ground ball would send Hicks across the plate early in the first, it would be the only run the Lady Rockets would see all night.

Lefty Lauren Davis got things started for the Lady Lyons with a single, giving the Lady Lyons an added run when Conger sent one out of the park during her first at-bat of the night.

The second inning was awash with both teams unable to add to the scoreboard. A renewed hope came in the third inning when Lady Rockets’ Hicks made it to third on a hard-hit ball to left but Lady Lyons pitcher Conger quickly shut down the rally.

Inning after inning the Lady Rockets battled at the plate only to come up empty-handed.

Conger was relentless at the plate allowing only one run on three hits, striking out five, and walking zero.

The Lady Lyons put up seven runs in the third inning.

The Lady Lyons offense in the inning was led by Lily Perry, Lauren Davis, and Sydney Melton, all driving in runs in the frame.

Melton’s dinger could be heard across the ballpark as it left quite a mark on the scoreboard.

The Lady Rockets were given two more at-bat opportunities to put some runs on the board.

Unable to do so, the game was called on a 10-run mercy rule after only 5 innings.

Hicks went 2-for-2 at the plate to lead the Lady Rockets in hits.