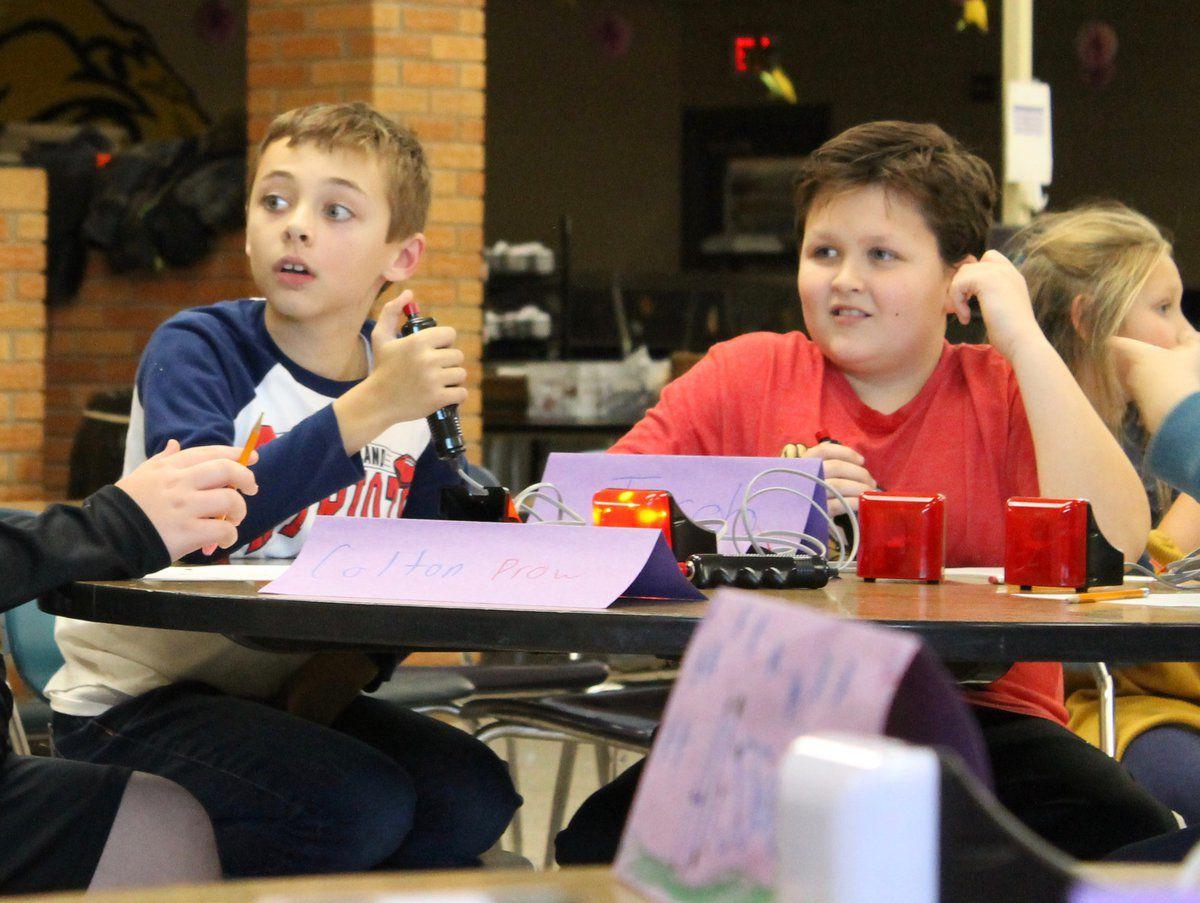 A few dozen local elementary students have signed on to show off just how smart they are.

Lyon County Elementary School's has started an academic team to showcase and encourage educational achievements through Kentucky's Governor's Cup competition. And Principal Amy Perdue believes the 30-plus fourth- and fifth-graders on the squad were eager to compete when asked to join the team.

"They were hungry for it," she told board of education members at last month's meeting. "It's going to be right up their alley."

Only quick recall competition is open to the public.

In quick recall, a team of four students listens to questions read by a moderator and tries to beat the clock with their buzzers, and the opposing school's team, with a correct response. The head-to-head action for participants is currently amid a seven-week season that quizzes students in math, science, language arts, arts and humanities and social studies like history and Kentucky geography.

Perdue said in this first year, competitions are being kept close against neighboring Crittenden, Caldwell and North and South Livingston elementary schools.

"They have represented us well," the principal said of travels out of the district. "Very well."

Not unexpectedly, the team had a case of the jitters at its first meeting on Nov. 21 and struggled a bit.

"They were nervous," said LCES first grade teacher and coach of the team Heather McDowell, who admits her own case of the nerves that day.

At practice early last week in the elementary school's cafeteria, most of the team gathered around for quick recall rehearsal.

Perdue acted as moderator as boys faced off against girls. McDowell served as timekeeper, putting a 10-second clock on each question.

After his turn on the buzzer, fourth-grader Jacob Embrey relaxed at a table with two of his classmates.

Following a discussion on who is smarter - boys or girls - and their favorite sports franchises, the trio moved on to the merits of the academic team.

While Embrey likes being a part of the squad as an opportunity to travel and make new friends at other schools, his close friend Trace Elliott enjoys the competition for other reasons.

"I like all of it really," he said. "You get to learn more than you already know."

"You get to learn a lot of stuff," Colton Prow agreed.

To form the team, McDowell and Perdue endured more than 10 hours of training through the Kentucky Association for Academic Competition. And while elementary-level teams do not get to compete at state, the students get good practice for middle and high school squads that are eligible for a state title in their respective division.

But the youngest participants in the Governor's Cup challenge do compete in district and regional tournaments. Perdue said the stars of the LCES team will be chosen in January for the district-level competition, which includes the future problem solving and composition portions on Feb. 4 and the quick recall and written assessment areas on Feb. 8.

At those levels of the challenge, the competition goes far beyond question-and-answer. For example, with future problem solving, teams are given a topic on which to argue possible solutions. This year's topic, Perdue said, is sleep disorders.

"It's intense," she said of Governor's Cup.