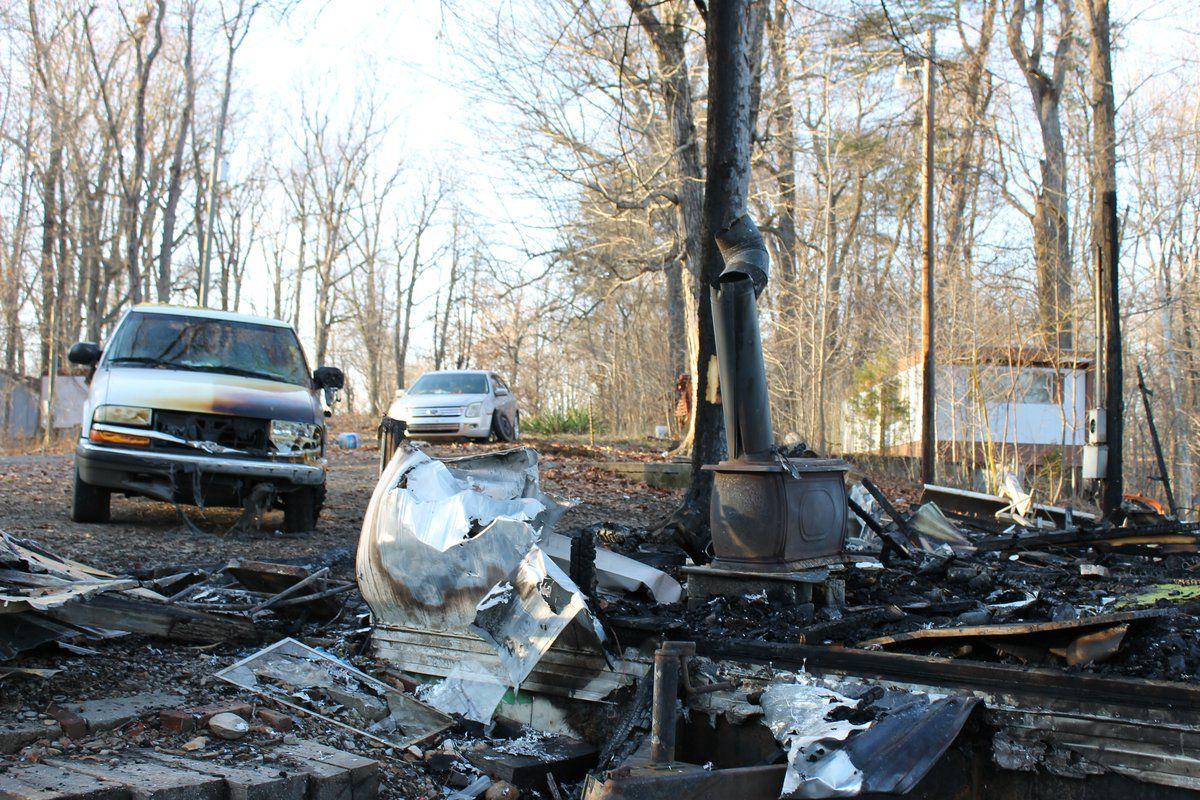 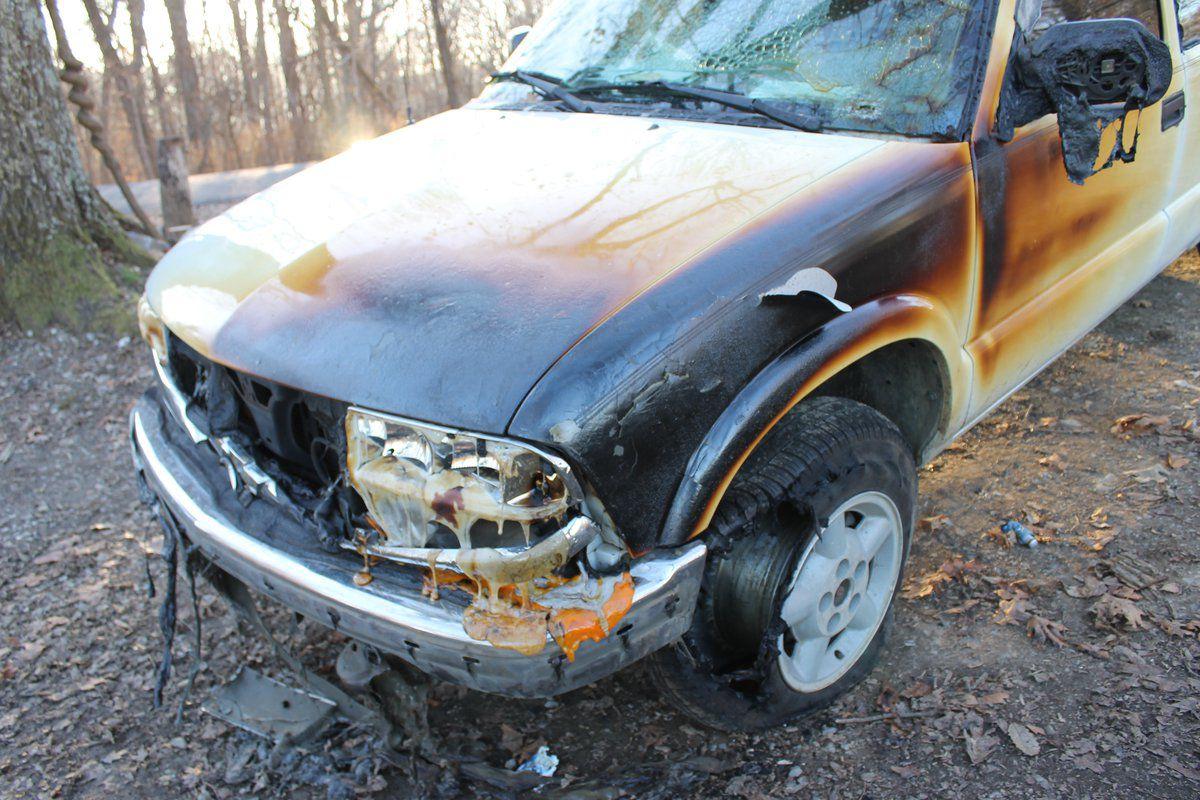 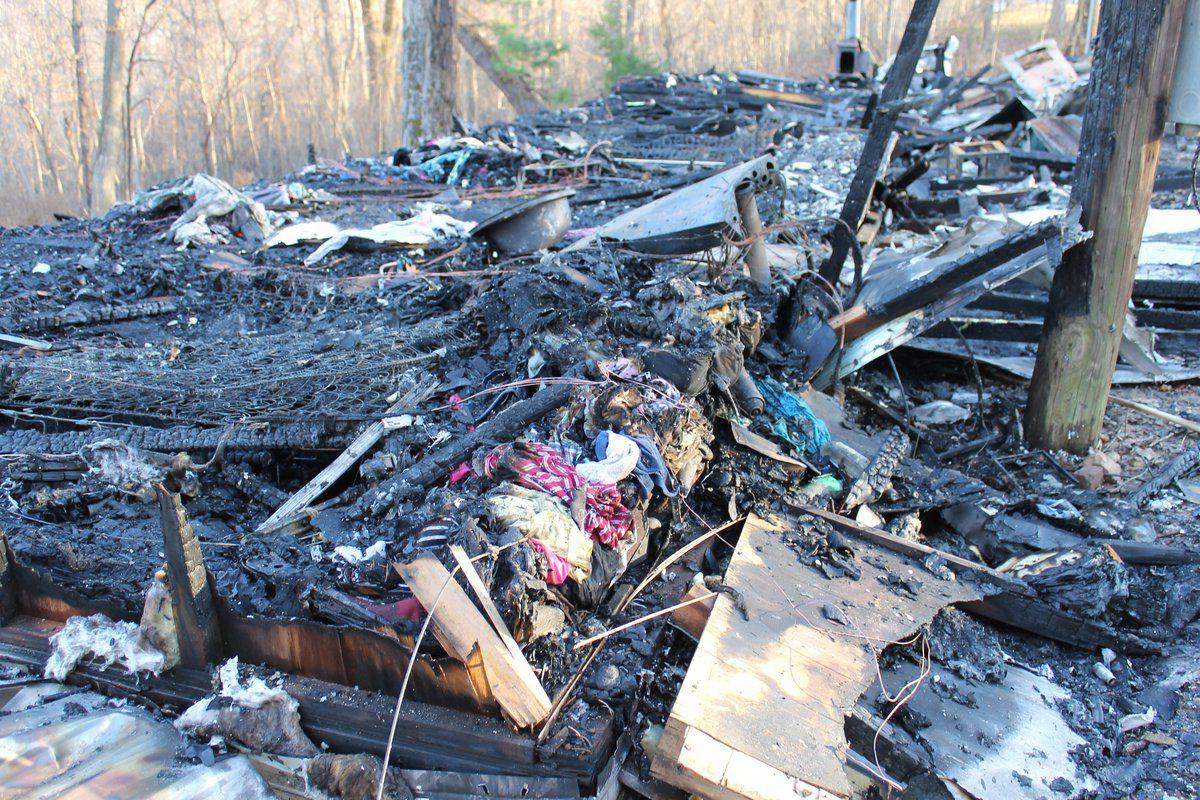 An Eddyville family lost their home and belongings last night in a mobile home fire.

According to Eddyville Fire Chief Josh Schenk, living in the manufactured home at 114 Mobile Dr. were Leslie Eagleson, Zach Dunaway and three children ages 7-14. One of the children and Dunaway were transported by Lyon County EMS to Lourdes Hospital in Paducah for treatment of smoke inhalation, but Schenk said neither appeared to be in serious condition. No one else was injured.

All of the home’s contents were destroyed. The Lyon County Chapter of the American Red Cross responded to begin offering assistance to the family.

The home, which belongs to Sean Osborne, was razed to the floor, with segments of the walls and roof pulled into the yard by firefighters. Everything in the structure was lost, with bed springs and bathroom porcelain about all that could be identified except for the woodburning stove that remained where it stood in the kitchen. In the corner of a bedroom, what remained of clothes in a dresser could be seen.

A small pickup parked near the home also suffered extensive damage to the front end, with a tire and all plastic and vinyl on the front melted. The white paint bore scorched marks.

Scherk could not say exactly what started the fire, but said it appeared to have started in the kitchen near the woodburning stove.

This story will be updated in next week's issue of The Herald Ledger and on our Facebook page as more information becomes available.