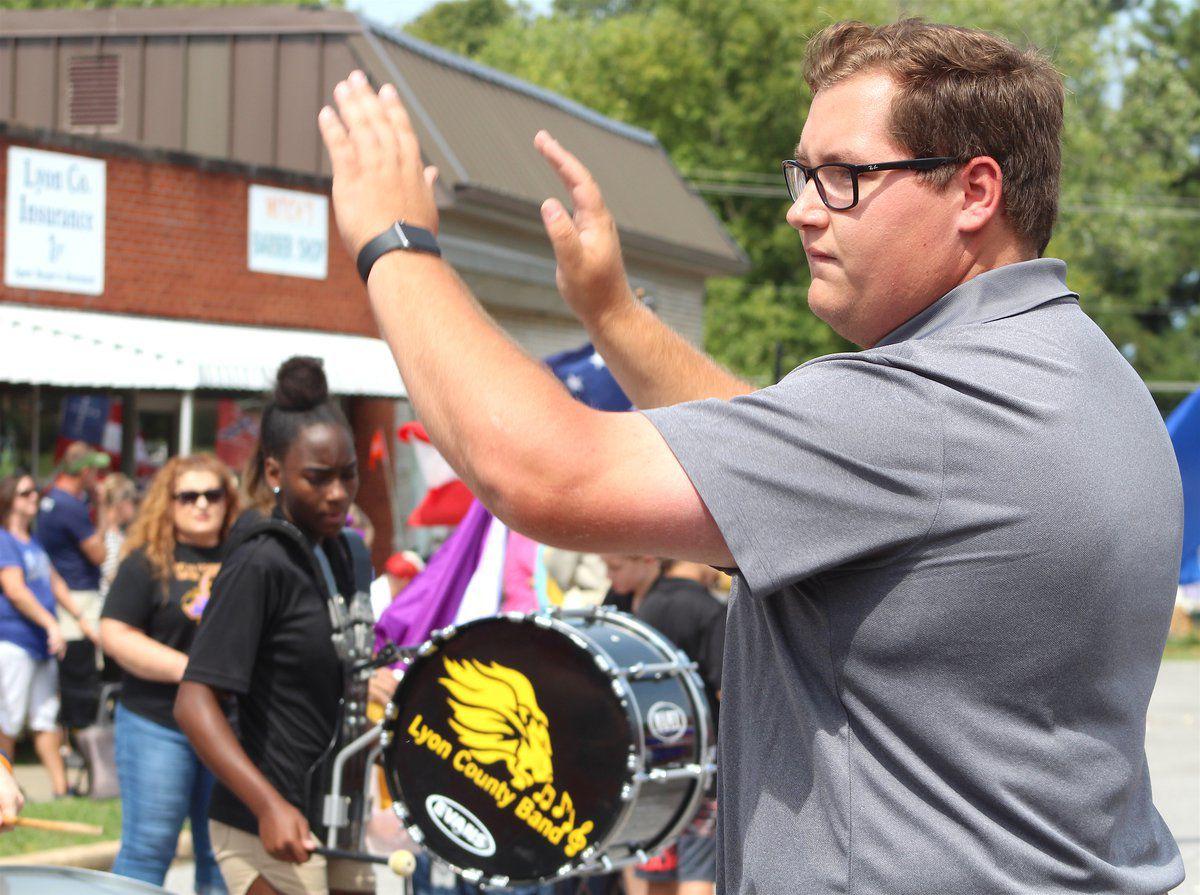 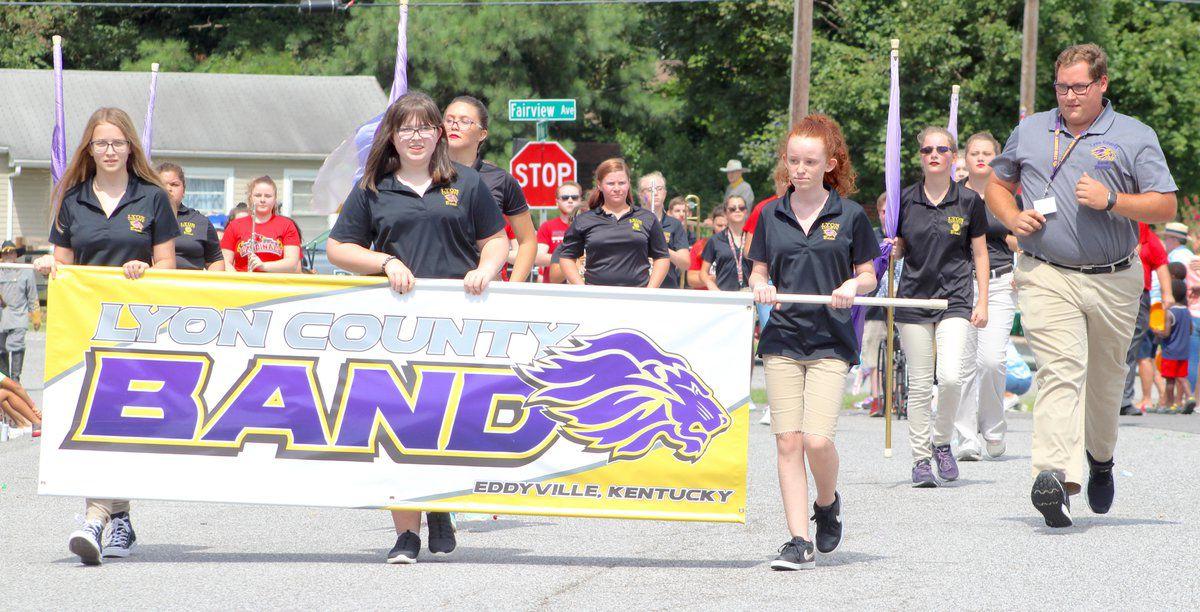 Lyon County Marching Band will be a part of Gov.-elect Andy Beshear's inaugural parade Tuesday, Dec. 10 in Frankfort. Above, the band is shown marching in August during Eddyville Founders' Day parade.

Lyon County Marching Band will be a part of Gov.-elect Andy Beshear's inaugural parade Tuesday, Dec. 10 in Frankfort. Above, the band is shown marching in August during Eddyville Founders' Day parade.

A couple dozen Lyon County students will be a part of Gov.-elect Andy Beshear's inauguration ceremony next month.

Lyon County Marching Band has been invited to be a part of Beshear's inaugural parade on Tuesday, Dec. 10. First-year Band Director Josh Scott said both he and the 23 band members making the overnight trip are excited.

"This is a once-in-a-lifetime opportunity for them," Scott said.

Local musicians will be combining with their counterparts from Livingston Central High School for a marching band about 50 members strong. It will not be the first time the two squads have collaborated together. In August, the bands teamed to march in the Eddyville Founders' Day parade.

Scott said the pairing is a natural one. Josh Johnson serves as both Livingston's band director and Lyon's color guard coach.

In fact, Johnson is a big part of the reason Lyon County was invited to march in the Frankfort procession. Scott said Johnson has been a part of three inaugural parades over the years and invited the new director at the local high school to participate.

"We've worked together in many cases already," Scott said.

Band members will head to the capital city on Dec. 9 and overnight for the parade. The combined squad will march in unison with a single uniform design -- black pants, white undershirt and a top that incorporates the state flag. However, performers will wear their respective school's name on their backs.

Though he admits the transition period for Lyon County band members to a new director was a bit rough over the summer, the different sections have come together over time. And Scott has been encouraged by the support shown the band.

"The community has been much more supportive than I thought it would be," said the native of Burkesville in eastern Kentucky, where he said his high school band struggled for recognition. "And we're building a much better sound than when we started."

Lyon County Marching Band has no additional performances or competitions scheduled, but the concert band will present a show just two days after many of the musicians perform at Beshear's inauguration. The Thursday, Dec. 12 performance will begin at 7 p.m. at the high school.

While Christmas songs will be a part of the performance, it will also feature other pieces for which the band has been practicing.

"It will give us a chance to show what we've been working on," Scott said.