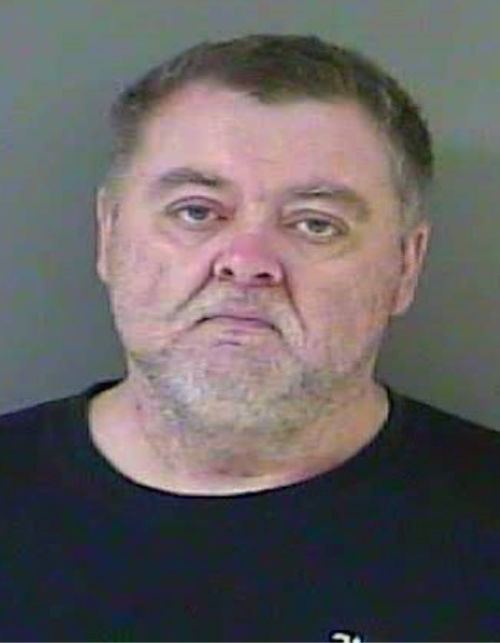 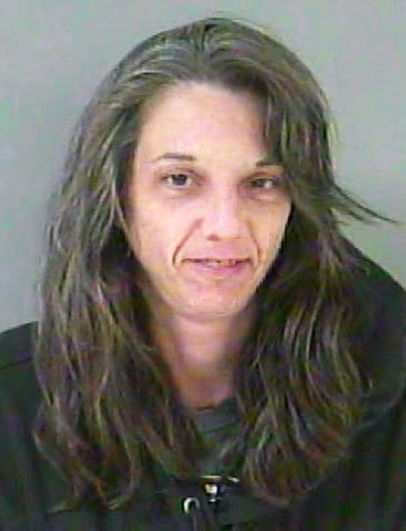 At 1:13 p.m. Friday, Lyon County Deputy Sheriff Seth P’Pool arrested James Michael Howard, 46, of Kuttawa, on a warrant charging him with first-degree trafficking in a controlled substance greater than two grams, methamphetamine, use/possession of drug paraphernalia and driving under the influence, second offense.

P’Pool documented and seized numerous items of alleged evidence during the investigation, including electronics, electronic devices, containers, and a vehicle. A criminal complaint was submitted to a District Judge following the investigation and the judge authorized an arrest warrant for Howard on Friday.

At the time of the new allegations, Howard was on state probation from Lyon Circuit Court for methamphetamine related offenses and a previous DUI conviction. He is lodged in the Crittenden County Detention Center, and the investigation by P’Pool continues.

On Thursday at 12:38 a.m., Deputy Sheriff Joe Witherspoon arrested Brant Molchany, 24, of Canby, Oregon following a traffic stop near Kuttawa. Molchany was allegedly speeding 25 miles per hour over the limit and under the influence. He was jailed in the Crittenden County.

Also on Thursday at 7:21 p.m., law enforcement was called to assist a stranded motorist on Interstate 69 near the 71-mile marker. A Kentucky State Police Trooper was the first to arrive on scene. The vehicle, a 2007 maroon Dodge Nitro, was unoccupied and a large amount of trash was on the ground outside the vehicle. A man was reportedly observed walking south near the area at the same time the call was dispatched. The trooper conducted a computer inquiry upon the vehicle’s identifying information and learned it was a vehicle stolen from Oak Grove.

Witherspoon and Eddyville Police Officer Shannon Oliver were dispatched to assist in locating the man who had been seen walking away from the vehicle. Approximately 35 minutes after the initial call, Witherspoon and Oliver found and detained the man at the Eddyville Second Baptist Church off Ky. 3305 near Pebble Creek Subdivision. He was allegedly armed with a stolen handgun.

Witherspoon turned over the suspect to Kentucky State Police for continued investigation. State police later identified the man as Isaiah T. Campbell, 18, of Oak Grove. Campbell had an active warrant for his arrest from Christian District Court. At the time of his arrest, he was on state probation for a second-degree Robbery conviction in Christian Circuit Court.

Also on Thursday at 10:27 a.m., Deputy Sheriff Sam Adams arrested Richard T. Faulconer, 34, of Eddyville at a residence on Gregory Road. Faulconer was charged on a Caldwell Circuit Court warrant with contempt of court following an alleged Drug Court violation. He was lodged in the Caldwell County Jail.

He was charged last Wednesday on an indictment warrant with first-degree wanton endangerment, possession of a firearm by a convicted felon, fourth-degree assault, resisting arrest, possession of marijuana, possession of synthetic drugs, first offense and possession of drug paraphernalia. He was lodged in the Crittenden County Detention Center.

Also last Wednesday at 1:17 p.m., Adams and Clark stopped a vehicle on Ky. 93 South. Following a roadside investigation, Adams charged David S. Cox, 37,of Eddyville with DUI and having improper equipment. At the time, Cox was out of custody on bond on an alleged DUI charge in Caldwell County from February 24.

On March 9, about 2:30 p.m., Catherine Reed, 20, of Benton was arrested by a Graves County Sheriff’s officer pursuant to an arrest warrant from an investigation conducted by Lyon Deputy Sheriff Seth P’Pool in October of 2019. Reed had been a fugitive since November 2019 when the warrant was issued. She was charged with third-degree criminal mischief and theft by unlawful taking under $500. The charges pertained to an investigation off Martins Chapel Road whereby 12 pounds of copper wire was stolen from a building owned by a Lyon County resident. Reed was lodged in the Crittenden County Detention Center.

Deputy Sheriff Sam Adams returned to the area after 2:30 p.m. on Friday, and began searching a field and wooded area. By 3:30 p.m., Adams had located two dead horses and found several neglected horses on the property. A local veterinarian was summoned to the scene. The veterinarian determined the horses were in a neglected state with severely low body condition scores.

Deputy Adams’ investigation revealed the owner of the horses was out of the state and had been gone for several weeks, leaving a young adult in charge of their care with very minimal resources which were inadequate to properly care for the animals. There was no hay found, no grass pasture, little water, and only a small amount of processed feed located at the site. Also, many of the animals were without shelter and standing in deep mud; some had even resorted to eating branches on trees for food.

Alleged evidence obtained indicated the owner was aware of the death of the horses but prohibited the young adult from summoning help to bury them for fear of being prosecuted for animal cruelty/neglect.

Deputies Adams, Keith Suits, and Joe Witherspoon assisted in rounding the horses up. Lyon County Road Department Foreman Tommy Melton, responded to the scene and assisted in burying the two dead horses. During this process Melton discovered a third dead horse and buried it also.

A & A Horse Haven personnel were called to the scene to assist law enforcement in removing the neglected horses from the property. They brought three trucks/trailers and several staff to assist. Their team worked until midnight documenting and removing the remaining neglected animals. The animals were transported to A & A Horse Haven facilities where they will remain during the investigation.

The Eddyville Fire Chief, Josh Schenk, assisted with portable lighting at the scene. Lyon County Animal Control Officer Stan Kinnis assisted in the removal of a neglected canine from the property as well.

In total, 16 horses were found neglected on the property, three of which were dead. Also two neglected canines were removed from the property. One was transferred to McCracken County.

“This incident is not representative of the majority of horse owners and animal agriculturalists in Lyon County,” said Sheriff Brent White. “Most of our citizens practice excellent and responsible animal husbandry. Unfortunately, this was not one of those cases.”

The investigation is continuing by Deputy Sam Adams and charges are pending against the owner. The sheriff and his officers expressed appreciation to all those who assisted with this investigation.

No photographs of the horses will be released at this time.

At 8:33 p.m. Friday Deputy Sheriffs Keith Suits and Joe Witherspoon were dispatched to Thrush Lane in the Old Eddyville area regarding a suspicious person complaint. Upon arrival they encountered Johnny Bean, 44, of St. Charles and Emily M. Tucker, 48, of Princeton. Both Bean and Tucker were detained initially. Tucker was observed by officers allegedly attempting to crush an item in her hand and discard it on the ground. A cigarette package container with suspected methamphetamine residue was allegedly found in her hand.

Tucker was charged with tampering with physical evidence and first-degree possession of a controlled substance-methamphetamine. Additional items were seized from Bean; however, he had just been released from the hospital hours earlier and officers noticed he did not appear to be well. He also complained of chest pains, and Lyon County Emergency Medical Service was summoned to evaluate him and determined he needed to be transported back to the hospital for further medical attention. He was transported to Baptist Health. Charges are pending against Bean upon his release.

The Eddyville Police Department and Kentucky State Police assisted the Sheriff’s Officers with this investigation.

Tucker was lodged in the Crittenden County Detention Center. At the time of this incident, Tucker was out of custody/on bond from Hopkins District Court on alleged methamphetamine-related offenses on January 6. Also, she was out of custody/on bond from Caldwell Circuit Court on a 2020 indictment relating to traffic and methamphetamine-related offenses.