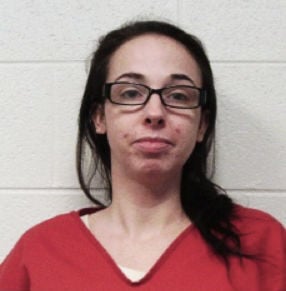 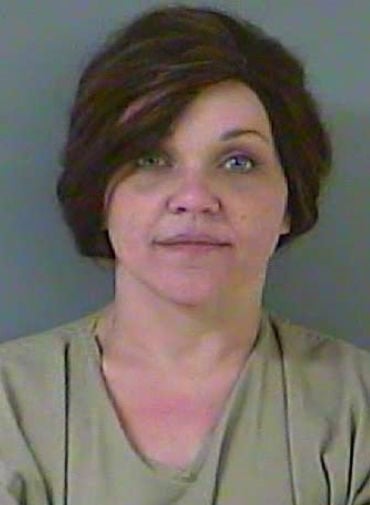 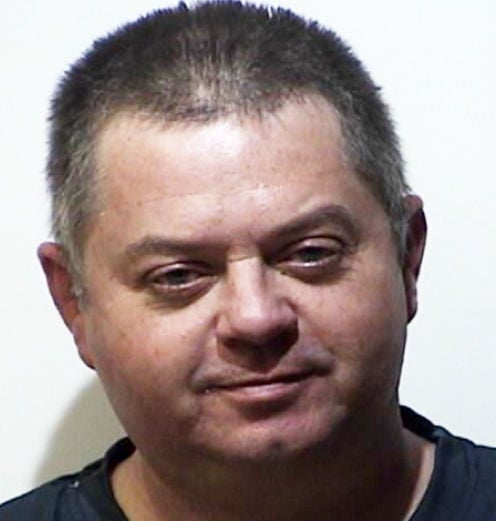 On March 29, Deputy Sheriff Seth P’Pool was assisting the Kentucky State Police with a traffic safety checkpoint at the Livingston/Lyon County line. As a car approached the checkpoint, P’Pool detected an odor of marijuana coming from the car. A search of the vehicle revealed a bag of suspected marijuana in a 16-year-old juvenile passenger’s book bag. The juvenile’s guardian was contacted and after consulting the court designated worker, the juvenile was issued a citation to court and released to family.

On March 31, P’Pool charged Shana M. Wood, 32, of Utica, on a bench warrant alleging failure to appear in court in Daviess County. The original charge in the Daviess case was theft of a motor vehicle.

About 1:48 a.m. Sunday, Deputy Sheriff Keith Suits conducted a traffic stop of a 2017 Chevrolet Silverado on U.S. 62 East near Industrial Park Road. During his roadside contact with the driver, it was alleged the male driver was under the influence. Standard field sobriety tests were given and the driver, Jacob R. Klueppel, 19, of Eddyville was charged with speeding 13 mph over the limit, and DUI, first offense.

On Friday at about 11:10 p.m., Deputy Sheriff Joe Witherspoon conducted a traffic stop on a 2007 Pontiac G6 passenger car on U.S 62. West. During his roadside contact with the driver, Witherspoon detected the odor of marijuana coming from the car. After investigating, it was alleged the driver was in possession of marijuana, smoking pipes, and a grinder. The driver was identified as Larry T. Noel of Cadiz. He was charged with speeding 20 mph over the limit, operating a vehicle with expired license, possession of marijuana, and drug paraphernalia.

About 2 p.m. last Wednesday, Deputy Sheriff Sam Adams was called upon to investigate a shoplifting incident at the Dollar General Store on Vista Drive in Kuttawa. The suspect left the store prior to the arrival of sheriff’s deputies. Adams was able to positively identify the suspect in this case, and on Saturday he charged Melissa Appleby, 39, of Dawson Springs with theft by unlawful taking under $500.

At 9 a.m. Thursday, Deputy Sheriff Chris Smith responded to a terroristic threatening incident at Lyon County Middle School. The results of his investigation revealed a juvenile student threatened to bring a loaded gun to school on the next school day. The child was detained and later released to the custody of a guardian. Smith charged the child with one count of second-degree terroristic threatening.

At 1:30 p.m. the same day, Deputy Sheriff Sam Adams responded to a residential burglary complaint on Lisbany Road near Eddy Creek. The investigation revealed unknown person(s) forcibly entered a rear door to the residence and stole patio furniture. If anyone has information about this crime (he/she) is encouraged to contact the Lyon County Sheriff’s office at 270-388-2311 or anonymously at www.lyonsheriff.com.

Last Wednesday, at 11:45 a.m., Sheriff Brent White and Deputy Sam Adams responded to an accident on Cruise Road in the Suwanee community. The investigation revealed a 2010 Chevrolet 3500 utility truck pulling a trailer with a backhoe as cargo, was being operated on Cruise Road by Dennis Fleet, 51, of Grand Rivers. While traveling North on Cruise Road, the backhoe on Fleet’s trailer came in contact with a low-hanging utility line.

Fleet was unaware of the contact until it caused a utility pole to twist and snap off at the base and fall to the ground. The incident resulted in an electric power outage in the Suwanee areas of Cruise Road, Fowler Road, and Rusty Ridge Road for a few hours. Kenergy Electric Cooperative, Zito Media, City of Kuttawa Gas Department, Lyon County Water District, and AT&T responded to the scene and worked together to restore utility services in the area. In addition to the utility damage, there was minor damage to Fleet’s backhoe. No injuries were reported.

On April 5 at 11:45 a.m., Sheriff Brent White arrested Robert M. Gover, 26, of Smithland, on a bench warrant charging him with failure to appear in a case from Lyon District Court. The original charges stem from an investigation conducted by Deputy Sheriff Seth P’Pool in 2019 whereby Gover and an accomplice allegedly unlawfully entered a building on Martin’s Chapel Road and stole copper wiring.

At 1:40 p.m. the same day, Deputy Sheriff Randy Clark located Anthony Stewart, 33, of Fredonia and charged him on a criminal summons alleging third-degree criminal trespass and theft of services. The investigation resulted from sheriff’s officers locating an abandoned vehicle in the roadway on Ky. 295 North on February 5 and subsequently having the vehicle towed by a local wrecker service.

The wrecker service contacted the Eddyville Police Department on February 8 and reported someone had unlawfully removed the vehicle from their impound lot without paying for the towing and storage bill. Their investigation resulted in the criminal complaint against Stewart.

phernalia in the home. He identified the alleged owner of the contraband as Kelly J. Rogers, 40, of Fredonia. She was charged with first-degree possession of controlled substance-methamphetamine, possession of marijuana, and use/possession of drug paraphernalia.

At the time, Rogers was on bond in a felony case in Caldwell Circuit Court where she is accused of first-degree trafficking in a controlled substance-methamphetamine, two grams, possession of marijuana, and drug paraphernalia. At the same time, she was on bond in an alleged felony case in Lyon Circuit Court where she is accused of complicity to receiving stolen property-auto-over $10,000. The stolen property case resulted in the July 2020 recovery of a 2015 Ford Mustang GT by Lyon County Sheriff’s Deputies. The vehicle was originally reported stolen in Ohio and had been allegedly possessed by Rogers. She was lodged in the Crittenden County Detention Center on the new charges.

On April 6 at 7:40 a.m., Lyon County Sheriff’s officers responded to a collision on Ky. 93 South, 4.4 miles South of Eddyville, involving a recreational vehicle and a sport utility vehicle. The investigation by Sheriff Brent White and Deputy Sam Adams revealed a 2004 Freightliner RV driven by Jesse Gillikin, 69, of Mooresville, N.C. was pulling onto Ky. 93 South from the Outback RV Park when it pulled into the path of a northbound 2012 Land Rover driven by Steve Hiland, 75, of Eddyville.

Hiland attempted to avoid the collision by going around the RV when he met a South bound vehicle, driven by Luke Bruzan, 41, of Eddyville, who had to exit the west shoulder to avoid a head-on collision. None of the involved parties reported injury. There was notable damage to the RV and SUV.

On April 4 at 5:41 p.m., Lyon County Sheriff’s officers investigated a report of lost or stolen property at Huck’s Travel Center in Kuttawa. The victim reported setting a piece of luggage outside of his vehicle when he was refueling at the Kuttawa business earlier in the day, and when he got down the road, he realized it was not in his vehicle. Deputy Sheriff Keith Suits responded but did not locate the missing luggage.

On April 5 at 10:30 am, Deputy Sheriff Joe Witherspoon followed up on this complaint and after reviewing video surveillance footage at the Kuttawa business, he confirmed this was a felony theft incident. The luggage was taken by another patron at an opposing gas pump and placed in a black SUV before departing the area. Witherspoon is following leads, however the offender has not been identified at this time.

If anyone has information about this crime (he/she) is encouraged to contact the Lyon County Sheriff’s office at 270- 388-2311 or anonymously at www.lyonsheriff.com.

Also on April 5 at 1:30 p.m., Sheriff Brent White responded to investigate a criminal mischief incident on Ky. 818 North. His investigation revealed this was a hit/run accident whereby an unknown silver Nissan passenger vehicle lost control and struck a fence before the driver fled the scene.

It is believed this incident happened between April 2 and 3. The property owner was out of town and found the damage upon returning home. The vehicle’s front passenger side headlamp and bumper area to the front passenger side wheel well area should have received damage. If anyone has information about this accident, (he/she) is encouraged to contact the Lyon County Sheriff’s office at 270-388-2311 or anonymously at www.lyonsheriff.com.