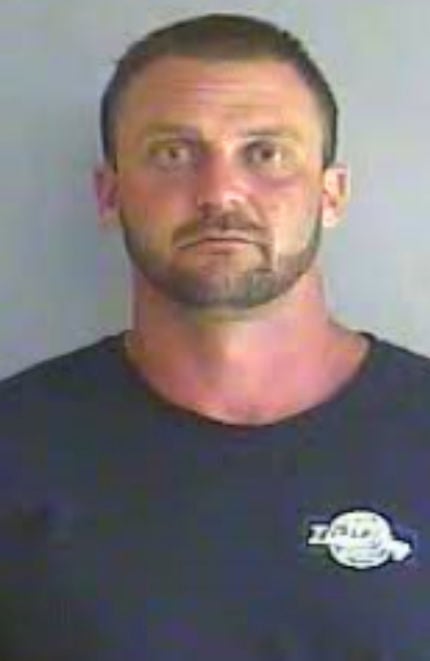 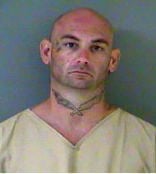 about 5 p.m., Deputy Sheriffs Keith Suits and Deputy Joe Witherspoon were dispatched to a wreck at the intersection of U.S .62 East and Ky. 818 North. A 2009 Toyota driven by

of Princeton, was stopped in traffic to turn left onto Ky. 818 North. Cothran’s vehicle struck

she attempted to go around it to avoid a crash; however her vehicle impacted the Oliver vehicle in the rear and down the driver’s side in a sideswipe fashion. There were no injuries reported.

About 5:10 p.m. August 19, Deputy Sheriff Keith Suits was dispatched to an injury collision on Ky. 93 North at the intersection with

Travis Road. A 2021 Chevrolet Trax operated by Tressa G. Jameson, 51, of Kuttawa, was on

Travis Road at the intersection with

the Jameson vehicle pulled into her

path, and an angled collision occurred

in the travel lanes

of Ky. 93 North. Marshall was transported to the Caldwell County Medical Center with minor injuries.

Stinnett’s Wrecker Service removed both vehicles, and Suits was assisted at the scene by the Kuttawa Fire Department and the Lyon County Emergency Medical Services.

was dispatched to a collision at the intersection of U.S. 62 West and Barkley Dam Road. A 2020 Chevrolet Colorado, driven by George W. Wilson, 50, of Calvert City, was driving east on U.S .62 and preparing to turn onto Barkley Dam Road. A 2015 GMC Terrain, driven by Ruby L. Carter, 81, of Kuttawa, was eastbound on U.S. 62 and failed to notice the Wilson vehicle was turning. Carter’s vehicle collided with the rear end of Wilson’s. There were no injuries reported.

to a trespassing complaint at a

A man previously served with a no trespass notice was observed by multiple employees on the premises. The man left the area before the deputy’s arrival. After taking witness statements and reviewing photographic evidence, P’Pool

later located the man at the scene of an unrelated disturbance on Cinder Lane.

a violation of a Kentucky Emergency Protective Order/Domestic Violence Order, second-degree criminal trespass, and cited him to court on the trespass charge. Armstrong was lodged in the Crittenden County Detention Center.

On August 22 about 10:50 p.m., Deputy Sheriff Keith Suits responded to a complaint at a Kuttawa business. A man and woman were allegedly acting suspicious while on the business property. They allegedly were observed inside and around a dumpster and at the back of a storage building. The subjects fled the area before to Suits’ arrived driving a 2002 Pontiac Grand Prix. They were seen getting on I-24, East at Exit 40. Suits located the vehicle on I-24 near the Lyon/Caldwell County line and learned the vehicle had been reported stolen from out-of-state. Suits maintained a visual on the vehicle to Exit 65 near Cadiz where he stopped it along with Cadiz Police and Trigg Sheriff’s Officers. Police identified and detained William J. Finney, 25, of Murphysboro, Illinois, and Tara D. Williams, 28, of Wolf Lake, Illinois. Cadiz Police arrested the two on charges pertaining to the vehicle and related offenses.

of pill bottles and

out of the vehicle

while they were at

the Kuttawa business. Both Finney and Williams remain lodbged in the Christian County Detention Center.

22 about 5:14 p.m., Suits responded to a Holt Road address off Ky. 1271 in order to serve an arrest warrant on an alleged fugitive who lived at this address. Upon his arrival, Suits encountered a man

a false name and date

of birth before returning inside

the home. Suits discovered the man had given inaccurate information, and Deputy Sheriff

in a mobile home.

He was identified as Jarred A. Travis, 34,

of Calvert City. He

was an alleged fugitive from Marshall County where he had warrants from Marshall Circuit Court alleging he failed to appear in a trafficking methamphetamine case and had his bond revoked in the same case.

Travis was turned over to the Lyon County Jailer and subsequently lodged in the Crittenden County Detention Center. The woman was not located on the property and is still at large. She is identified as Whitney

R. Herrell, 30, of Kuttawa. She is wanted on a Lyon Circuit Court Bench Warrant alleging failure to appear on a fraudulent use of a credit card case. Anyone who knows the whereabouts of

was dispatched to an assault complaint at

a Kuttawa business. Upon arrival, he learned two commercial truck drivers had gotten into a verbal altercation over a parking incident,

when one of the truck drivers allegedly threatened to kill the other driver before assaulting him.

video footage of the incident and identified the alleged offender

as Patrick G. Brister, 54, of DeVille, Louisiana. Deputy P’Pool located Brister in a vehicle on the premises and charged him with assault and terroristic threatening.

in the Crittenden County Detention Center.

in the Crittenden County Detention Center.

Also last Wednesday about 3:50 p.m., Adams and Sheriff Brent White responded to a traffic hazard complaint on U.S. 641 North where a tree limb had fallen onto the road.

While officers were directing traffic around the hazard, a 2013 Jeep, operated by Bryan C. Wilson, 37, of Grand Rivers was stopped. Wilson allegedly had two children not restrained by booster seats. A check of his driver’s license revealed Wilson was allegedly the respondent in a domestic violence protective court order, from Utah, which prohibited him from having contact with the children and their mother.

Deputy Adams arrested Wilson and charged him with two counts of booster seat violations, having no insurance and violation of a foreign EPO/DVO.

Wilson was lodged in the Crittenden County Detention Center.

In a third incident about 4:17 p.m. last Wednesday, Deputy Sheriff Randy Clark was dispatched to a reckless driver complaint on U.S. 641 North near the Caldwell County line. A 2019 International Penske rental box truck, pulling a car hauler trailer allegedly ran off the road more than once. Clark attempted to stop the driver, however, the truck continued on despite Clark’s emergency lights and siren.

At one point, the truck allegedly ran another vehicle off the opposite shoulder of the highway. The vehicle crossed the intersection with U.S. 62 before continuing onto Ky. 3305. The truck stopped after running in a ditch area, but then continued traveling on Ky. 3305.

Sheriff Brent White blocked the road on Ky. 3305 and stopped the truck, and the driver and passenger were detained. The driver, Trenton J. Doss, 36, of Moscow Mills, Missouri, was charged with reckless driving and failure to stop or give right-of-way to an emergency vehicle.

The passenger, Lucian Predescu, 62, of Tampa, Florida, formerly of St Louis, who employed the driver, allegedly admitted he directed the driver not to stop for law enforcement. He was charged with permitting unlawful operation of a motor vehicle.

On August 22, about 1:44 p.m., Deputy Sheriff Keith Suits responded to a single-vehicle rollover wreck on Ky. 810 South. A 2007 Dodge Nitro, driven by Deandra J. Warner, 20, of Kuttawa, was heading north on Ky. 810 when an insect stung her on the arm. She lost control of the vehicle, which left the road and overturned.

She was transported to the Caldwell County Medical Center for treatment of minor injuries. While Suits was inspecting the Warner vehicle’s damage, he saw a hornet in the passenger compartment, which is believed to have been the insect that stung the driver.