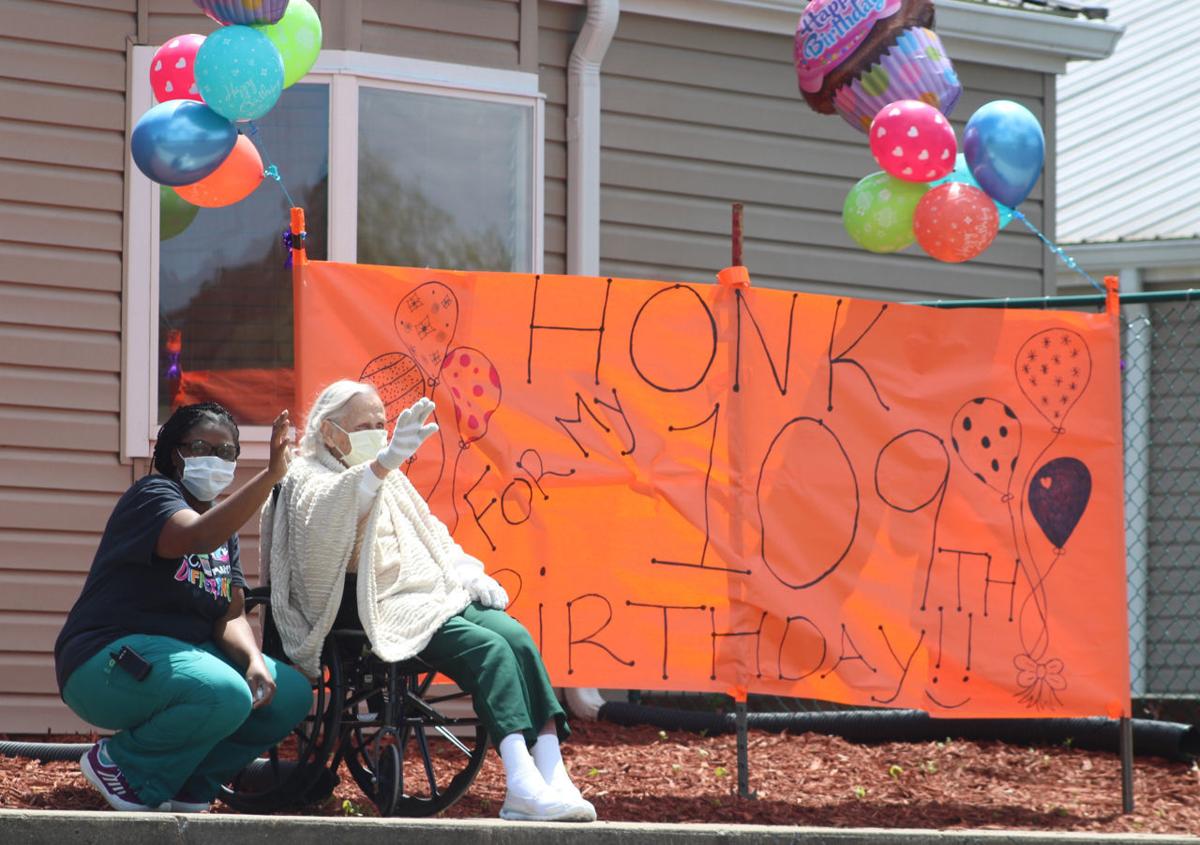 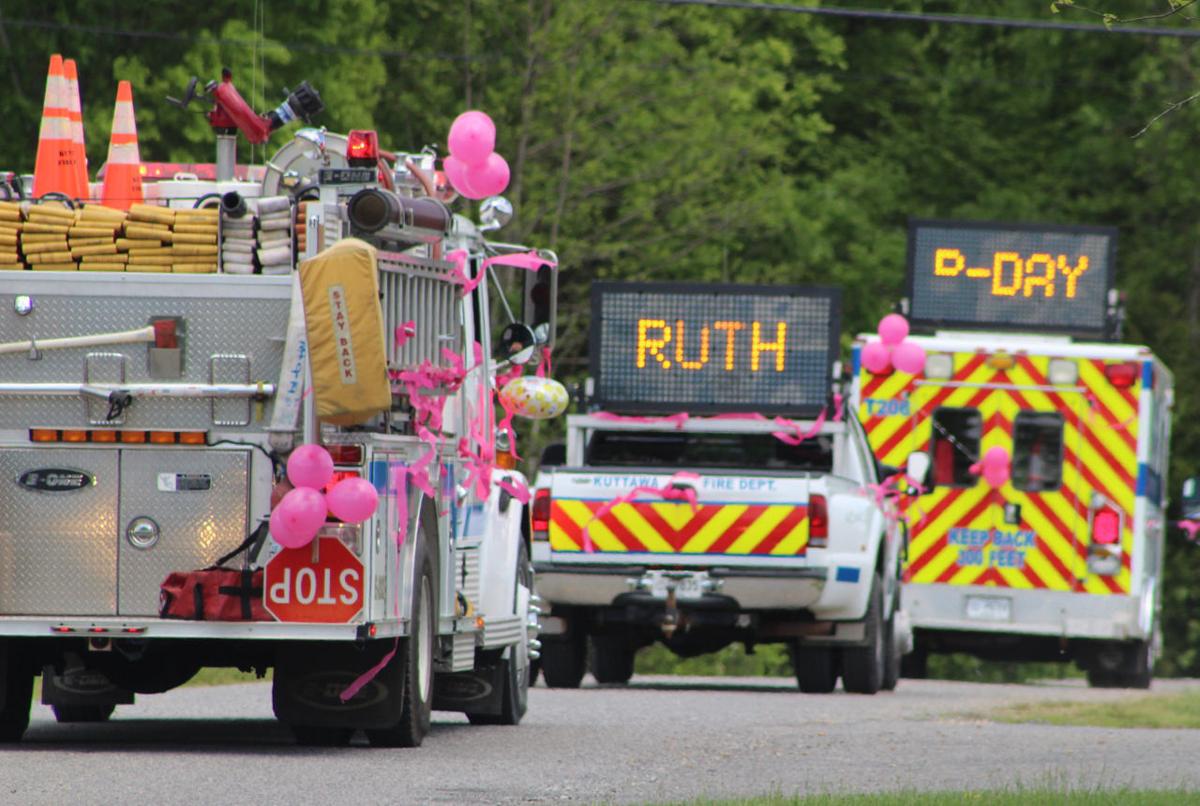 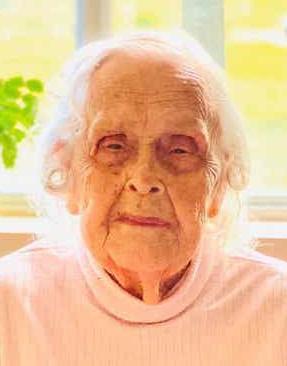 When Ruth Evelyn Harrington was born, the RMS Titanic was still in drydock, days away from being launched and outfitted for its ill-fated maiden voyage the following year.

Harrington, a resident at Kuttawa’s River’s Bend Retirement Community, was treated to a parade last Wednesday as she sat outside the facility beside a bright orange banner marking her 109th birthday. A procession of about 40 vehicles drove past as she waved from her wheelchair while wearing what has become familiar attire, a mask and gloves.

Family members, who lined up a few blocks away in the parking lot of a church awaiting the start of the parade, said the woman knew it was her birthday, but had no clue friends, family, church members and local emergency workers had an epic celebration planned. Because of restrictions at long-term care facilities in Kentucky, she could not be greeted with a normal birthday celebration. So she settled for a socially-distanced version.

“It was great,” Harrington told employees after the parade. “I didn’t really deserve it.”

River’s Bend administrator Stacey Bullock said the idea for the parade started with Harrington’s family. But it grew as more people in the community learned of the event.

“She’s seen it all, hasn’t she?” posed granddaughter Mary Ellen Nelson of Benton, who refers to Harrington by a simple “Granny.”

In fact, Harrington is enduring her second pandemic, as she was 7 when the Spanish Flu first decimated the nation and world in 1918. The centenarian has survived two world wars, endured 17 American presidents, seen air flight take off and lead to space travel. She’s seen more than just about any American, as the U.S. Census Bureau estimates there are just more than 53,000 people in the nation over the age of 100.

“She can still tell you about the day the Hindenburg crashed,” said her oldest living son, Steve Harrington, 78.

In 1927, she married Paul Harrington, who died in 1983, and later moved to Kentucky. They opened up Calvert Drive-In in 1953, a drive-in movie theater in Marshall County that still operates today under her ownership. In fact, her son Steve, for the parade, donned a cap and jacket adorned with the theater’s logo.

Steve Harrington said his mother is hard of hearing and has some mobility issues, but it otherwise doing well, despite having been in and out of the hospital a few times of late. She moved to River’s Bend a couple of years ago when it became difficult for her to get around on her own.

Kristen Carper, a great-granddaughter, said Harrington enjoyed keeping a garden and would bake a chocolate cake for just about any reason when she was still at home. Today, she enjoys puzzles and tunes in daily to Gov. Andy Beshear’s COVID-19 briefings.

Until nursing homes can reopen to visitors, friends and family continue to drop in on Harrington with a visit outside her window at River’s Bend.

The Associated Press contributed to this story.

The Associated Press contributed to this story.