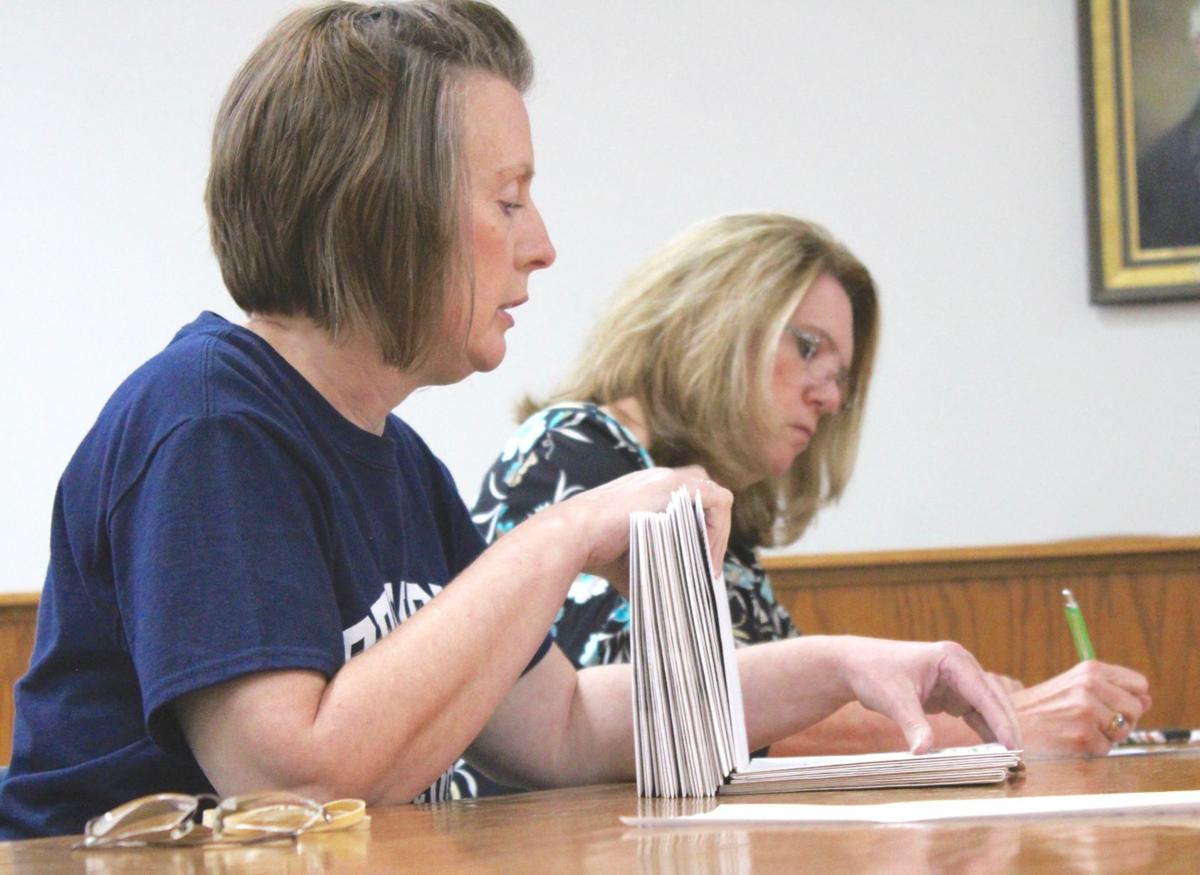 Janet Yates-Ward, a local Republican election commissioner, and Lyon County Clerk Lori Duff talley mail-in ballots Monday that were received after the June 23 primary. As long as ballots were postmarked by election day, they were included with Tuesday’s final count. 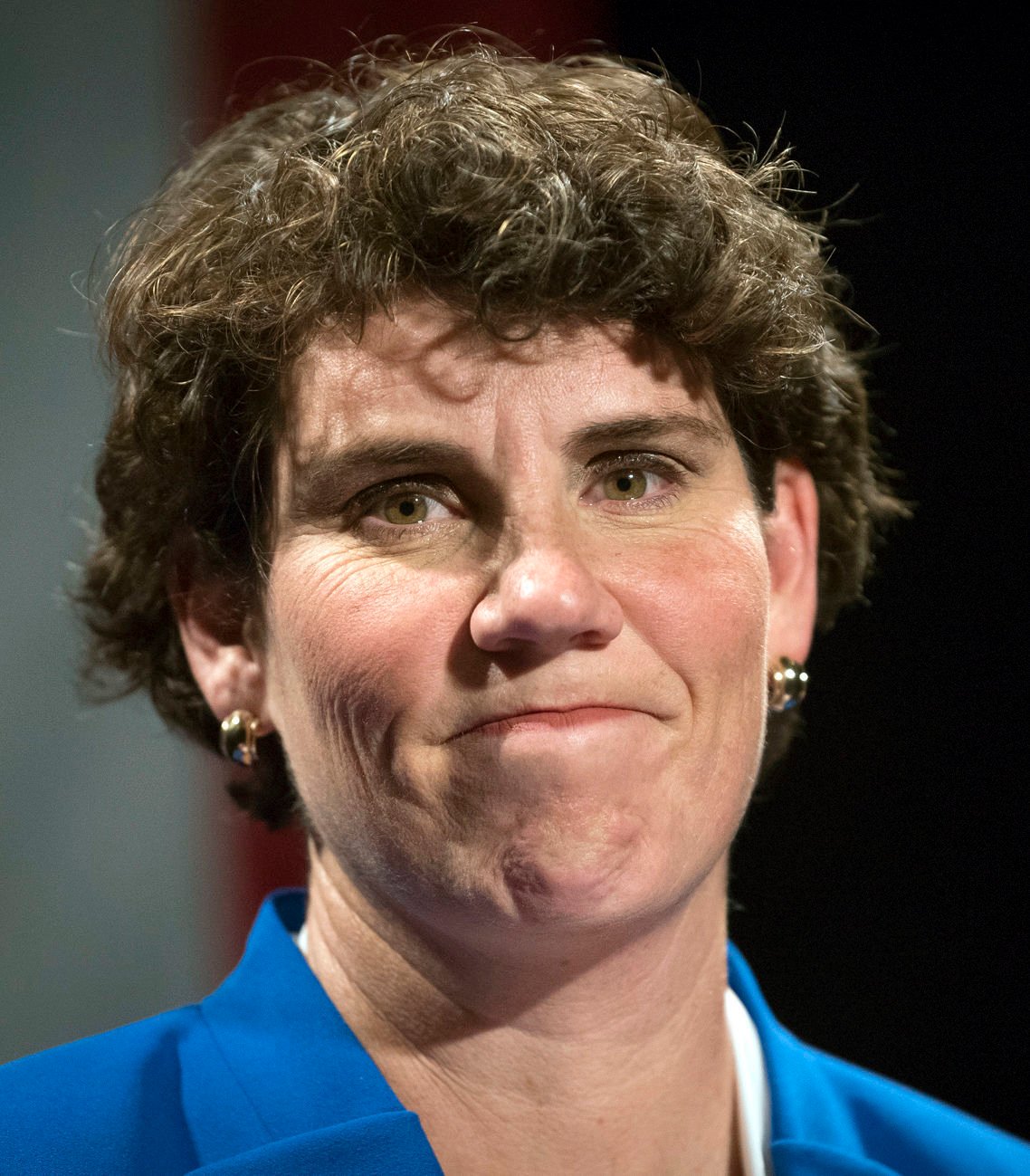 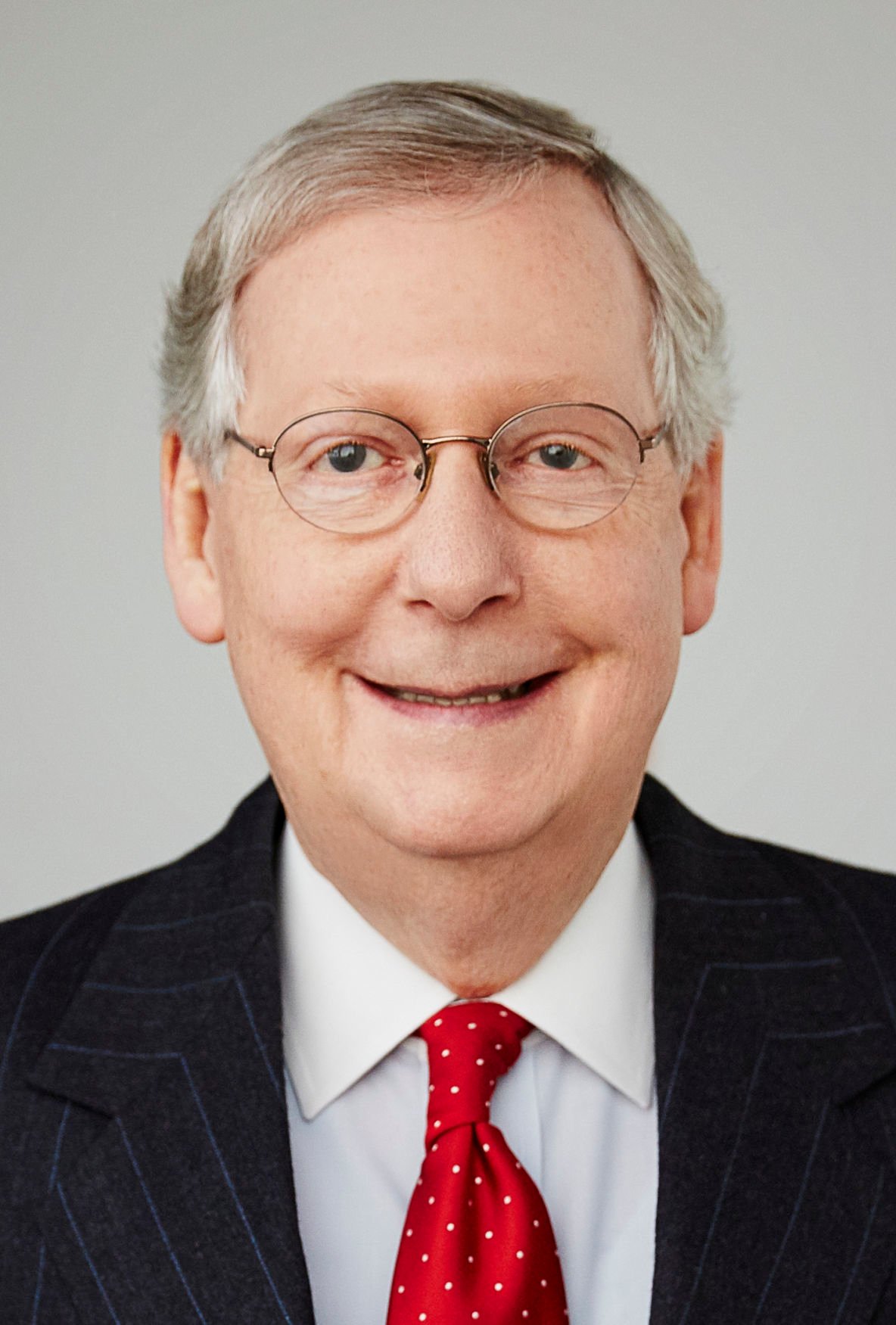 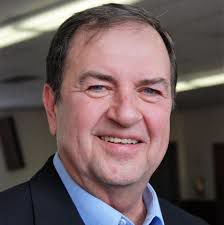 Local voters favored by a wide margin both McGrath and McConnell in their respective party primaries. They also backed their eventual nominees for President amid other options, though both races have essentially been decided — GOP incumbent Donald Trump and former Vice President Joe Biden for Democrats.

Voters in Lyon County also cast ballots in the Democratic primary for state House District 6 and a non-partisan race for the Kentucky Court of Appeals.

Thirty-two% of local voters turned out, eclipsing the statewide turnout of just more than 27% More than half of the 2,057 Lyon County voters in the primary cast a lot by mail-in ballot (1,152), while 365 voted inside County Clerk Lori Duff’s office and another 540 at the Lee S. Jones Convention Center on Election Day.

Despite the unique style of election amid the COVID-19 pandemic, Duff said things went as well as could be expected.

“All things considered, it went really well,” she said.

It is uncertain how balloting on Nov. 3 will take place, but Duff is hoping for a return to normal.

In the race for presidential nominations, Trump is unopposed, but 53 local voters chose to cast an “uncommitted” lot rather than back the President on the GOP ticket. Trump received 716 votes. Uncommitted votes essentially assign delegates at the this summer’s convention to no particular candidate.

Meantime, all of Biden’s challengers have dropped out of the race for the Democratic nomination, but he received only 703 of the 1,187 Democratic votes cast in Lyon County. Bernie Sanders received 71 votes and “uncommitted” tallied 252.

Both men are expected to be nominated at the party conventions later this year.

Voting ended June 23, but it took a week until McGrath could be declared the winner due to the race’s tight margins and a deluge of mail-in ballots. The outcome seemed a certainty early in the campaign but became tenuous as Booker’s profile surged as the Black state lawmaker highlighted protests against the deaths of African Americans in encounters with police.

It was a narrow victory for McGrath. With 116 of 120 counties reporting at press time Tuesday, she had a more than 13,000-vote advantage over Booker.

Kentucky switched to widespread absentee voting amid the coronavirus pandemic, and election officials needed days to count ballots. McConnell, a key ally to President Donald Trump, quickly breezed to victory after balloting last week in the GOP primary in his bid for a seventh term.

Since last summer, McConnell and McGrath looked past their primaries to skirmish with each other, and now those attacks are expected to intensify as they head into the fall campaign.

McGrath was backed by the Democratic establishment looking for a challenger to keep McConnell tied down in Kentucky as the GOP tries to hold its Senate majority. She raised prodigious amounts of campaign cash that put her on equal footing with the always-well-funded McConnell.

Despite her advantages, McGrath sweated out her primary victory against the hard-charging Booker.

She portrays McConnell as an overly partisan, Washington insider who exemplifies what’s wrong with national politics. She accuses McConnell of undermining labor unions, awarding tax cuts for the wealthy and cozying up to pharmaceutical companies while people struggle to afford prescription drugs.

McConnell accuses her of being too liberal for Kentucky on issues ranging from abortion to border security. He promotes his work with President Donald Trump — who remains popular in Kentucky — to appoint conservatives to fill federal court seats. McConnell also plays up his Senate leadership role and his ability to steer federal money back to the Bluegrass State.

Cunningham lost to Edwards in the 2018 Democratic primary.

All three candidates for the House seat are from Benton. Freeland was unopposed in the primary. The 6th District is comprised of Lyon, Marshall and a portion of McCracken County.

Chris McNeill and Jenny Hines, both of Paducah, will face in November to fill the unexpired term of Shea Nickell on the Kentucky Court of Appeals bench representing the 1st Appellate District, 1st Division. In a runoff, both candidates outlasted C. Rene Williams of Dixon.

McNeill was appointed to the position in April to represent Lyon County and most of western Kentucky on the court. He replaced Nickell, who ascended to the Kentucky Supreme Court representing the 1st District that makes up western Kentucky. Nickell is filling the unexpired term of retired Justice Bill Cunningham, who lives in Kuttawa.

The Associated Press and The Herald Ledger contributed to this report.