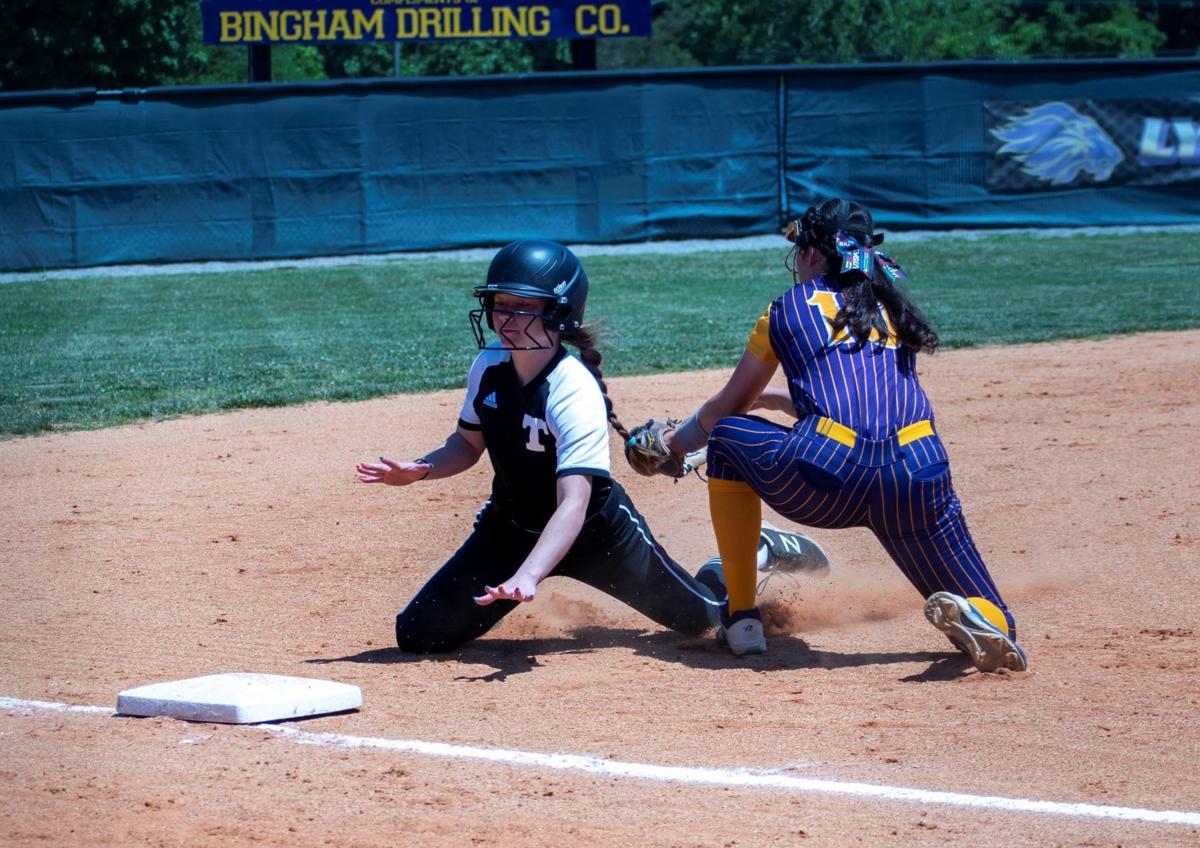 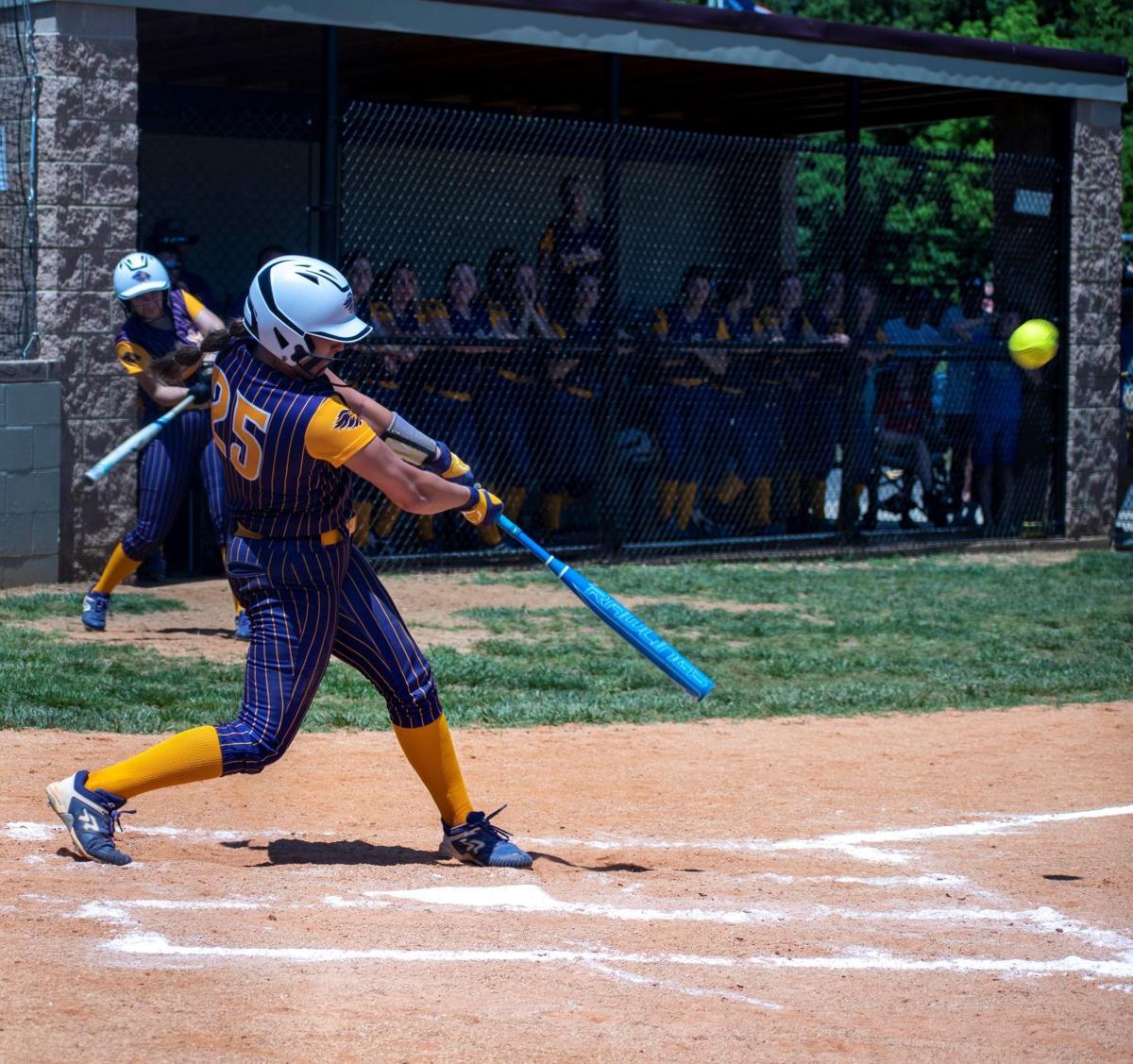 A fourth-inning burst of 13 runs by the Lyon County Lady Lyons sealed the fate of the Trigg County Lady Wildcats during the Fifth District tournament May 31. Up until Kaelyn Conger’s two-run homer in the third inning tied the game up 2-2, the Lady Wildcats had led the game.

Audrey Alexander was walked, giving the Lady Wildcats a baserunner for Phelan Dosset’s double to right field to score a run and give the Cats a 1-0 advantage. Lyon County pitcher Lilly Perry shut down the next batter leaving Dossett on the bag.

Trigg County’s fans roared as they kept the Lyons off the board in the second inning and put up another run in the top of the third. Hendricks singled on a line drive to center field and advanced to second on a bunt from Alexander. Emma West’s fly ball to center field then sent Hendricks home for a 2-0 lead over Lyon County. Lyon County’s Perry, Katelyn Dykes and Kaelyn Conger pulled a double play of their own to close the inning before any more damage was done.

The Lady Lyons got their first break in the bottom of the third. Calista Collins sent a fly ball to center field that narrowly missed going out but earned her a double. Conger is currently ranked 19th in the state for doubles with 16. With Collins on second, Conger picked up two runs for the Lady Lyons when her dinger sailed over the center field fence, tying the game 2-2.

The Lady Lyons unleashed an offensive frenzy in the fourth inning that racked up 13 runs. Hadlie Butler, Collins, Conger and Sydney Melton all hit doubles, with Calista Collins hitting two in the same inning. Twelve hits and three batters hit by a pitch all stacked up against the Lady Wildcats before a pitching change and some aggressive outfielding shut down the scoring spree.

Trigg County had one more at-bat to do some major catching up, but Hadlie Butler and Kerstin Craft conjured up a double play, and Tori Schenk snagged Dosset’s ball to left field to end the game, 15-2 in favor of Lyon County.

Perry pitched the game winner to advance the Lady Lyons to the championship game against Livingston Central. Perry, who threw a mere 57 pitches, 36 of which were strikes, allowed seven hits and two runs over five innings, striking out three and walking two.