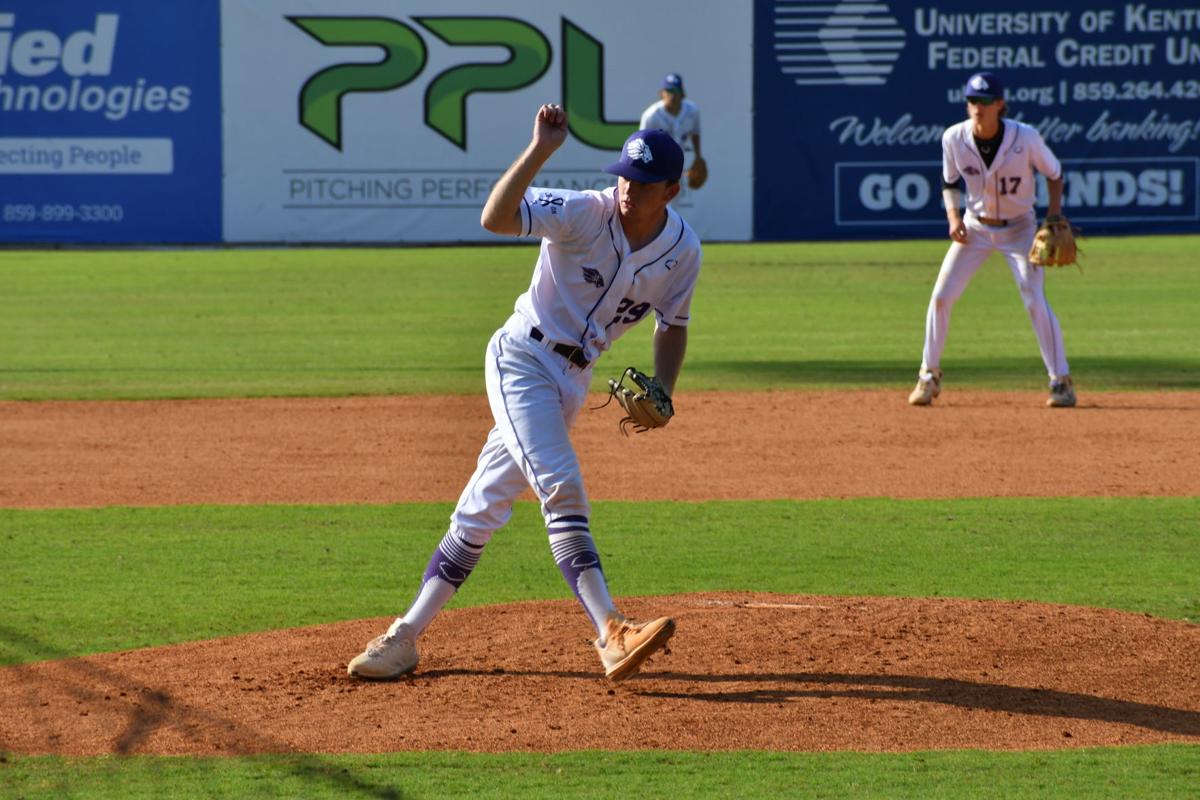 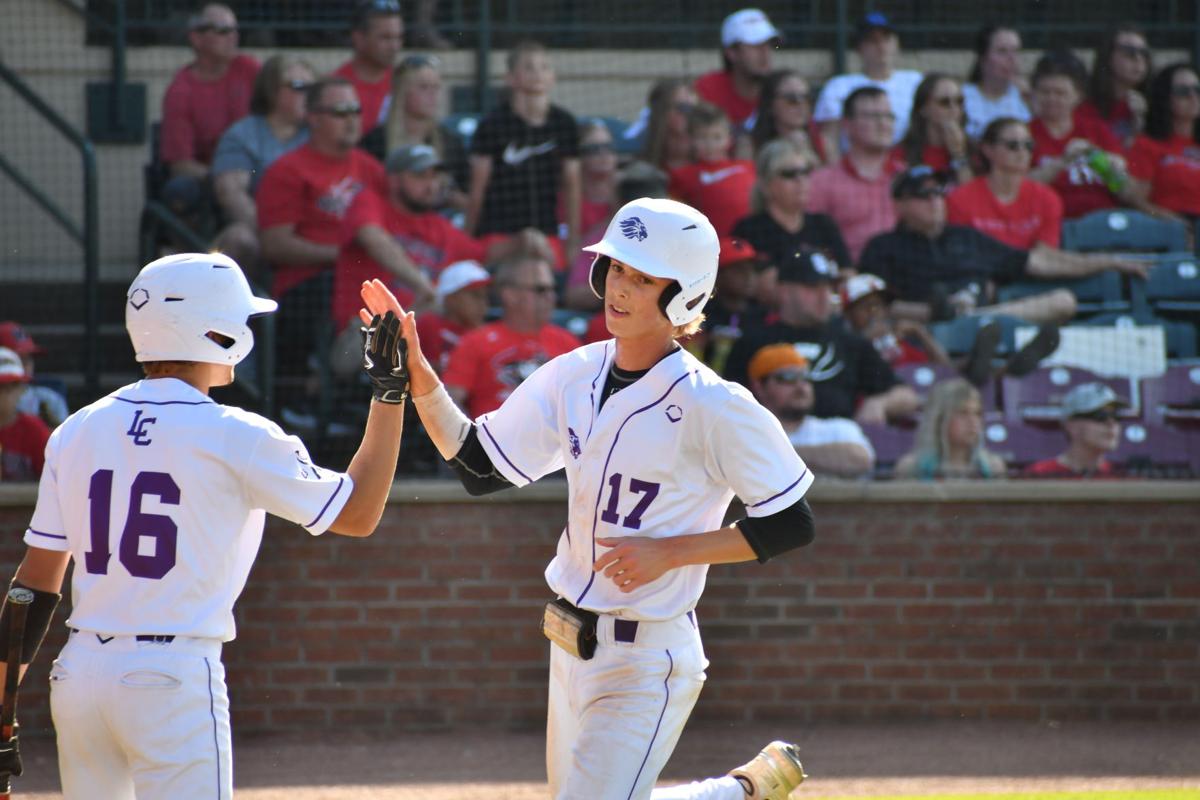 Lyon County’s Christian O’Daniel (16) gives teammate Gunnar Bingham a celebratory high five after scoring in the bottom of the third inning of Thursday’s state quarterfinal game against Whitley County at Legends Field in Lexington. The Lyons advanced to the final four with their 4-2 win.

Lyon County’s Christian O’Daniel (16) gives teammate Gunnar Bingham a celebratory high five after scoring in the bottom of the third inning of Thursday’s state quarterfinal game against Whitley County at Legends Field in Lexington. The Lyons advanced to the final four with their 4-2 win.

LEXINGTON — The Lyon County Lyons moved one step closer to the 2021 KHSAA State Baseball Tournament championship thanks to their 4-2 quarterfinal win over Whitley County at Legends Field on Thursday.

“We knew it was going to be a dogfight coming into it,” head coach Ricky Baker said. “We gave Austin (Long) the ball, a guy that’s had the ball in all big games we have had, and he’s come in and produced.”

In the last meet-up between the two teams, Whitley County earned the 4-1 extra-inning victory during the Mustang Invitational at McCracken County on April 5.

On Thursday, the Lyons jumped out front early when Christian O’Daniel ripped a single to right field with two outs, allowing base runners Aidan Rush and Peyton Williams to score the first two runs of the night in the bottom half of the first inning.

It wouldn’t be long until Whitley County plated two runs across the board on an RBI double by Logan Bennett, scoring base runners Trevor Downs and Bryce Anderson.

“We came out and jumped on them early. Whitley came back and tied it up,” Baker said. “But we didn’t quit, and we didn’t roll over and still had a lot of fight in us. It puts the pressure on them.”

The top of the second ended as Matthew Wright would be picked off when Lyon County catcher Brody Williams used his outstanding knowledge of the game to throw down to third baseman Travis Yancy.

“After that (Whitley tying the game), Austin settled down after the second inning and got in a groove,” Baker said. “It usually takes us putting somebody out in the bullpen to get his attention, and once he saw that, he started gassing it up, and it was a different story.”

As Baker said, the Lyons sent relief to the bullpen to get warm during the early stages of the third inning. And it worked, as Long struck out Caden Petrey and was able to get Luke Stanfill and Sam Harp to both ground out.

Lyon County got one run back to make 3-2 in the bottom half of the third inning on a Yancy sacrifice fly. Two batters later, Corey Cissell made it 4-2 with his RBI single to right field, scoring Jackson Shoulders.

The score remained 4-2 until the final out, in which Stack grounded out to shortstop Gunnar Bingham to secure Lyon’s ticket to the state semifinals against the winner of the game between Hazard and Trinity later that night.

Like the April 5 matchup, Long started on the mound for the Lyons, only this time he threw a complete game. The dominant right-hander threw all seven innings, striking out eight and only allowing two runs on four hits.