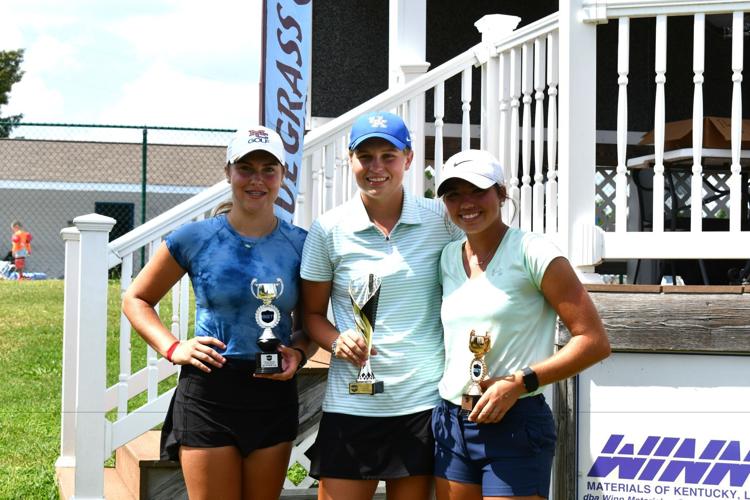 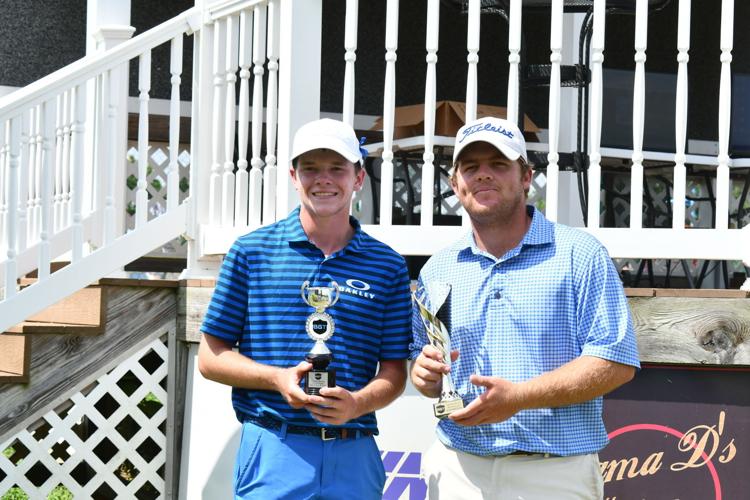 Jay Nimmo (right) won his second tournament in a week by winning the college men age group of the Cullan Brown Invitational. Harrison Sallee (left) finished the same age group as the runner-up.

Jay Nimmo (right) won his second tournament in a week by winning the college men age group of the Cullan Brown Invitational. Harrison Sallee (left) finished the same age group as the runner-up.

CALVERT CITY — The third annual Cullan Brown Invitational took place on Monday, July 18 and Tuesday, July 19 at the Calvert City Country Club. Youth and young adults from across western Kentucky braved the heat in honor of a the late Cullan Brown, a name in golf that will not soon be forgotten.

Amongst the talent on the course was Brown’s younger sister, Cathryn Brown. She led the way in the girls high school group through the two-day 36-hole event and won her age group with a 5-under-par 139.

“It means everything,” Brown said. “I now have an award with my brother’s name on it, my goal was to come out here and win it and my next goal is to win the state tournament.”

Cathryn will follow in her brother’s footsteps by continuing her golf career at the University of Kentucky after her upcoming senior season. The Lyon County senior will continue her high school golf career with the high school season right around the corner.

In the college mens age group, Murray State golfer Jay Nimmo won his second tournament of the week. He carded the top spot in the 86th annual Irvin Cobb Championship on Sunday and turned right around to win his age group of the Cullan Brown Invitational.

He carded a 4-under-par 140 over the two-day tournament, winning on Tuesday afternoon.

“This week is more about having fun, enjoying golf and honoring Cullan,” Nimmo said. “I grew up looking up to him and so to win is pretty cool.”

After the golfers were gathered an awards were handed out, Emily Brown, mother of Cathryn and Cullan, thanked the golfers for coming out and “enjoy the walk,” something that Cullan said often throughout his many tournaments. She said last week three years ago, Cullan shot 3-under-par in a PGA tour event.

She emphasized that through the efforts of the past three tournaments and sponsors, the Cullan Brown Memorial West Kentucky Junior Golf Development Fund has been able to help three young up and coming golfers in western Kentucky through club fittings, purchasing of new clubs and golf lessons.

It was announced that total proceeds across the three tournaments is upwards of $25,000.