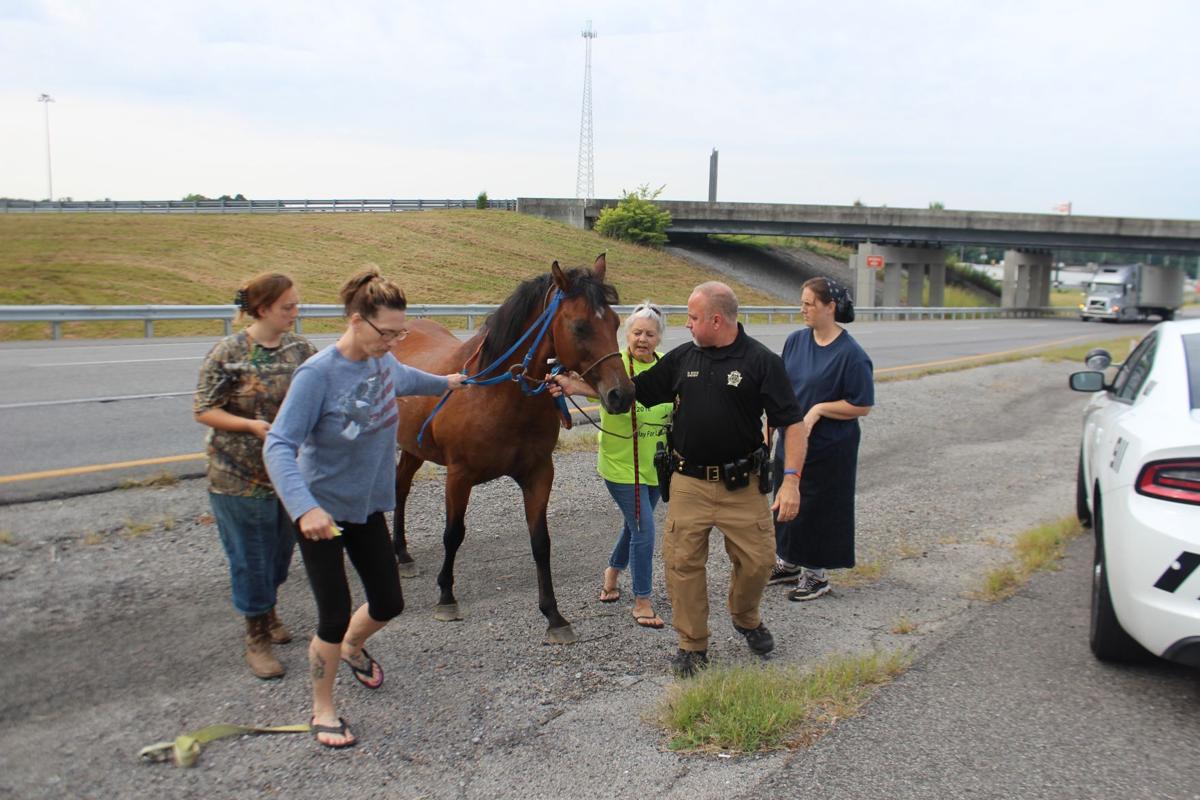 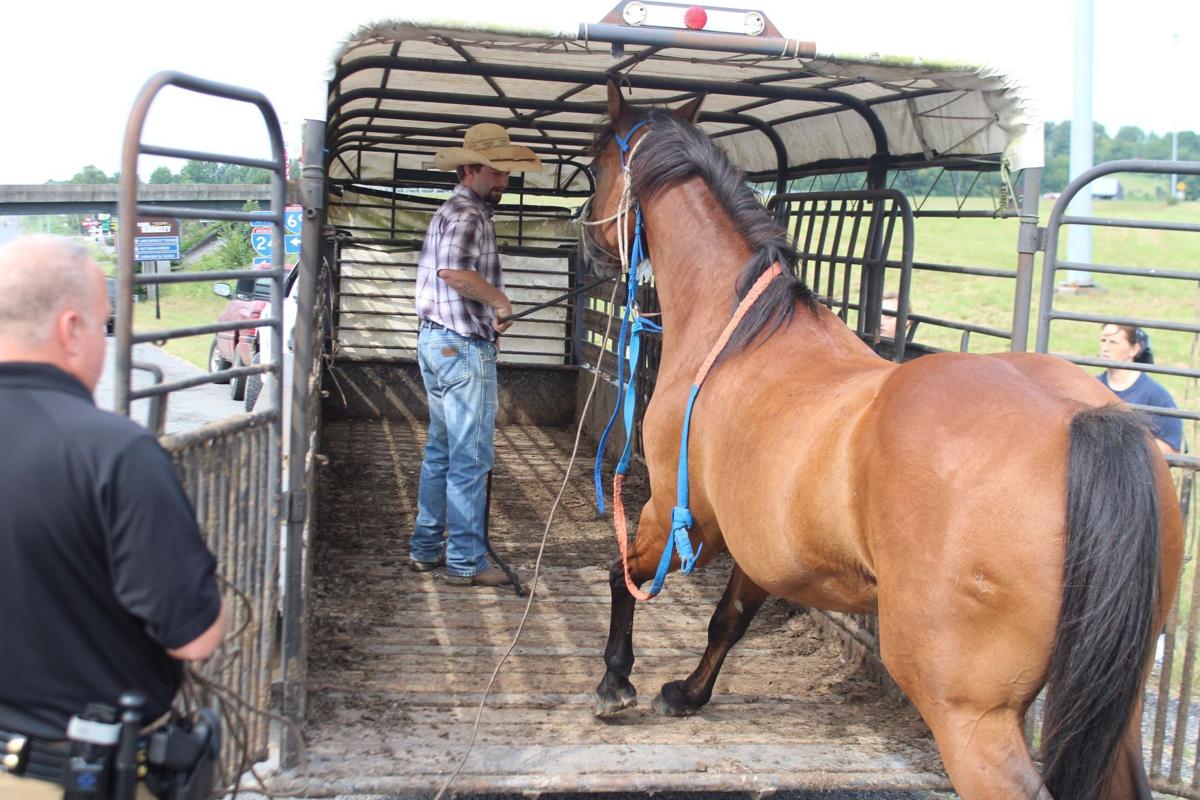 The horse was corralled into a trailer Nathan Smith (wearing hat) provided from his employer, William Holsapple of Sunnyside 8 Farms.

The horse was corralled into a trailer Nathan Smith (wearing hat) provided from his employer, William Holsapple of Sunnyside 8 Farms.

Maybe he was tired of self-isolating during the pandemic. Maybe he just wanted a trip into town. Or, maybe he was flashing back to the commonwealth of Kentucky’s former slogan, “Unbridled Spirit.”

Whatever it was, a loose horse drew plenty of attention from motorists, the Lyon County Sheriff’s Office and Kentucky State Police on Friday morning at the U.S. Highway 62/Interstate 24 interchange at Kuttawa.

The horse was later retrieved by owner Lonnie Lassiter, of Kuttawa, and returned to Sunnyside 8 Farms.

“He was galloping down the road, and we were trying to stop him,” said Charlotte Smith, of Eddyville, who happened to have in her vehicle a rope. “… He’s not been bridled.”

Smith said she knew that the horse hadn’t been bridled because, “he won’t let you (bridle him).”

“I saw him standing up there and I have horses, so I called the sheriff,” said Susie Morefield of Kuttawa. “When I drove up here cars were flashing their lights to let you know something was wrong and (the horse) was up here with all these people trying to help him.”

“We were headed to Princeton and saw he was over by mile marker 7,” said Heather Shafer, who was driving along with her daughter, Bella Shafer. “So, we called 911 to let them know he was just trotting along.”

“I was driving by and a horse was out, so, I came back with a trailer to try to get him,” said Nathan Smith, an employee of Sunnyside 8 Farms, located on Ky. Highway 93 North. “This happens a lot, especially around here, but that’s just how it is with animals. We’re going to take him up here to the ranch and put him in a pen; that way, whoever claims him can catch him a lot easier.”

The sheriff’s office and Kentucky State Police both got reports of a horse running loose at the U.S. 62/I-24 interchange, Lyon County Sheriff Brent White noted in his report.

“The horse had been coming westbound, originally east of I-24 on U.S. 62, near the Relax Inn area. It was coming westbound, heading toward the interstate. So, naturally, callers were concerned about that. The horse did not have a bridle on it. There was nobody attending the horse. So, a lot or really good Lyon County citizens and other people did a great job of corralling without hurting the horse, then getting a makeshift halter on it.”

The sheriff continued, “Then, Sunnyside 8 Farms from Ky. Highway 93 North and Mr. Smith with those farms, along with (Sunnyside 8 Farms owner) William Holsapple’s crew out there did a great job of helping us get the horse loaded. We had citizens from the Kuttawa area who stayed with us the whole time until we got it loaded. The horse was trailered away from this location unharmed and nobody’s vehicle was harmed. We didn’t have to put the horse down. So, that is a good morning.”