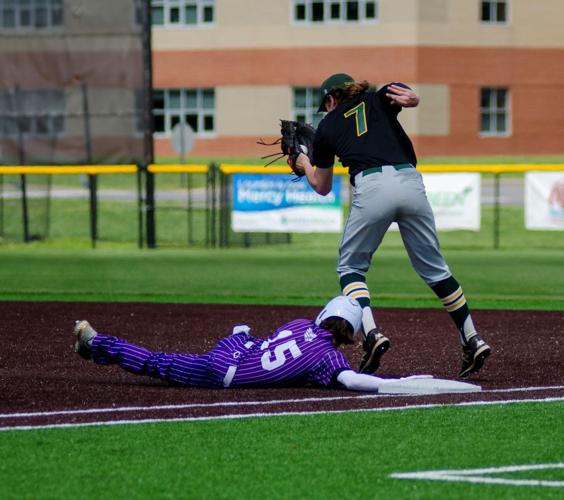 Lyon County’s Aiden Waters is safe on base against the Kennett (Missouri) Indians, in a game during the Edward Jones McCracken County Invitational. The Lyons lost to Kennett 4-3. 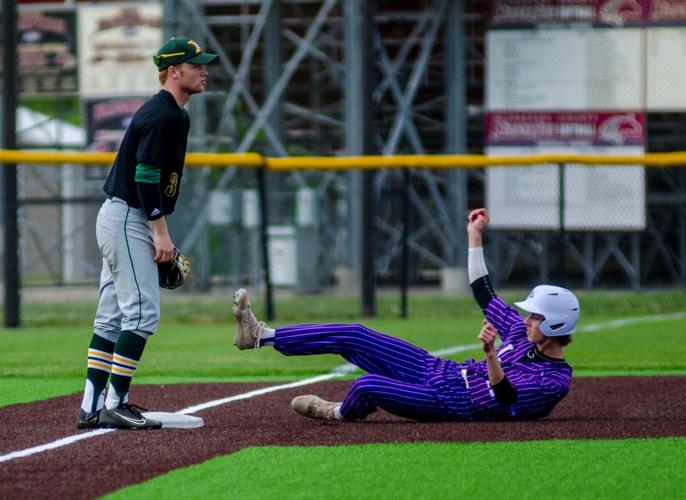 The Lyons’ Gunnar Bingham slides into third base against Kennett. 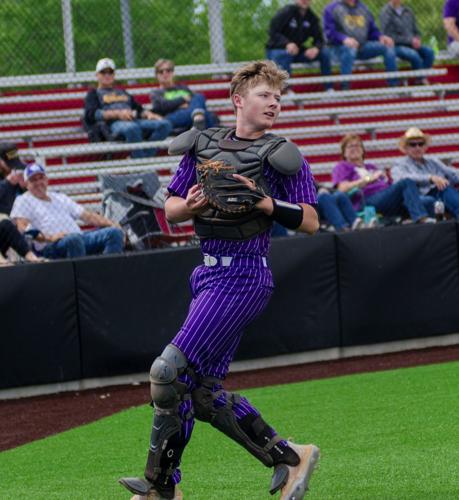 Lyon County’s Aiden Waters is safe on base against the Kennett (Missouri) Indians, in a game during the Edward Jones McCracken County Invitational. The Lyons lost to Kennett 4-3.

The Lyons’ Gunnar Bingham slides into third base against Kennett.

The Lyon County Lyons held St. Xavier to a single run in a 3-1 win on Saturday, May 7, defeating the top ranked team in the state, during the Edward Jones McCracken County Invitational.

The Lyons’ Jackson Shoulders was strong on the mound. He went six innings, allowing zero runs over six hits while striking out nine. Corey Cissell threw one inning of relief from the bullpen.

All of Lyon County’s runs came in the third inning. Johnny Bingham hit a line drive single to left followed by Brady Belt with a sacrifice bunt. Aiden Waters gave the Lyons two base runners with a hard ground ball to right followed by Brody Williams’ single deep into left field that knocked in Belt. Shoulders hit a two-run double to finish off the inning with the Lyons leading at 3-0.

Despite a double play taking out the first two batters, a Lyon County fielding error paired with a single, allowed St. Xavier’s only run in the top of the seventh. Cissell finished things from the mound, striking out Max Cherry.

Shoulders also led the offense, going 1-for-2 at the plate with a double batting in two runs.

The second installment of the Mustang Invitational featured the Lyons against the Kennett Indians from Kennett, Missouri.

After Lyon County led 3-0 through the first three innings, the Indians tied things up 3-3 in the top of the fifth and used a seventh inning rally to slip past the Lyons at 4-3.

The Lyons scored on Eli Baker’s single that plated Jackson Shoulders for the opening 1-0 lead. Baker hit a RBI double to left field for the 2-0 advantage in the bottom of the third.

The Indians used a double from Tanner Duncan to trim that lead to 2-1 in the top of the fourth. The Lyons answered back in the bottom of the inning when Belt hit a lead-off single and moved into scoring position after a sacrifice bunt from Aiden Waters and a fielder’s choice ball to short from Gunnar Bingham. Brody Williams knocked Belt in with an RBI single to center. The Lyons had bases loaded with the next two batters being walked, but a pitching change claimed the third out on a force play at first.

Kennett tied things up 3-3 in the top of the fifth on a two RBI double from Brady Nigut and went on to score the winning run on a Lyon County fielding error.

Baker was on the mound for the Lyons. He threw 6 2/3 innings, allowing four runs on seven hits and striking out four. Cissell threw the final 1/3 of the inning.

Shoulders and Brody Williams were the only Lyons to get multiple hits. Shoulders was 2-for-2 with two runs scored, while Williams was 2-for-4 with one run batted in.