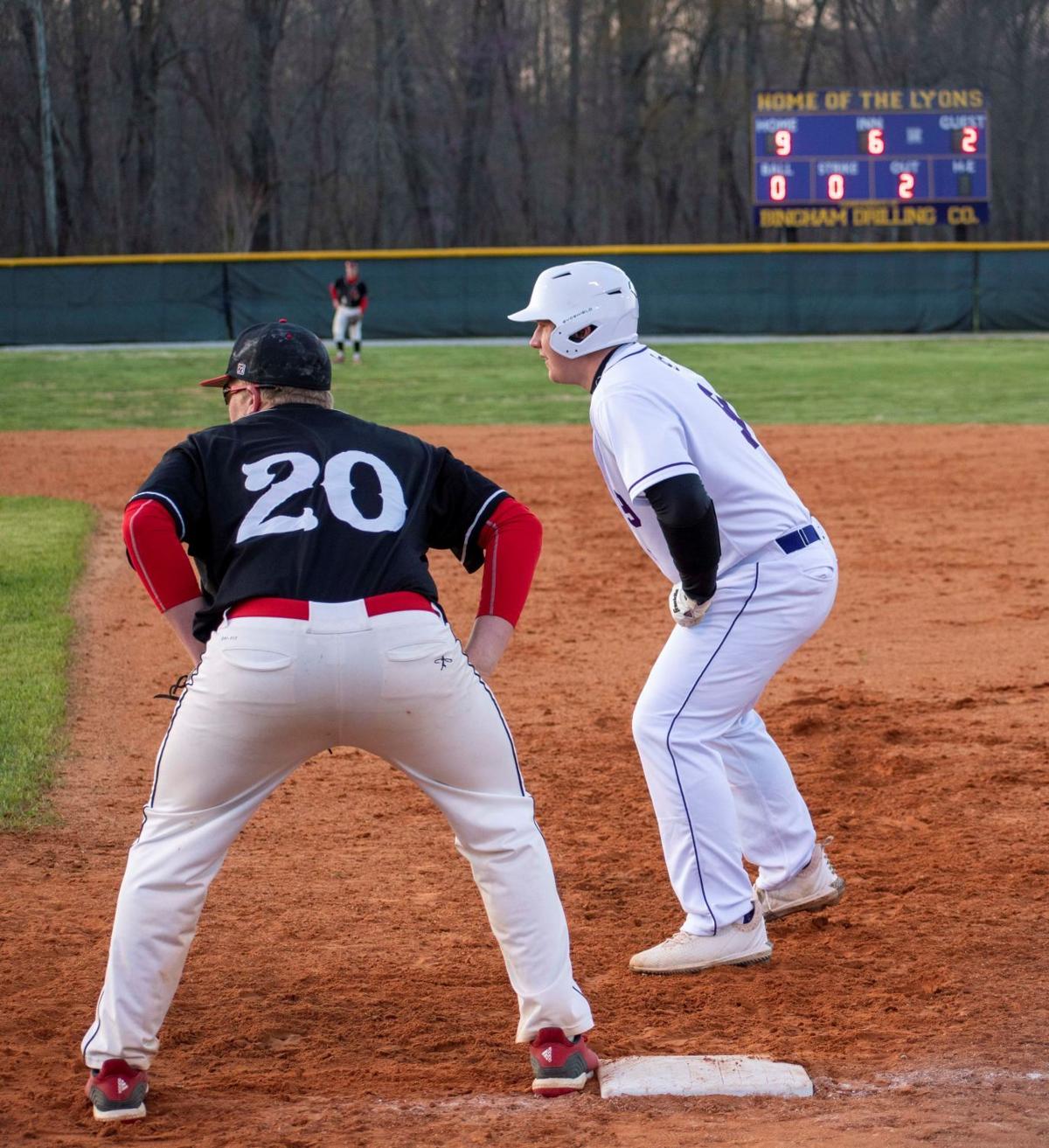 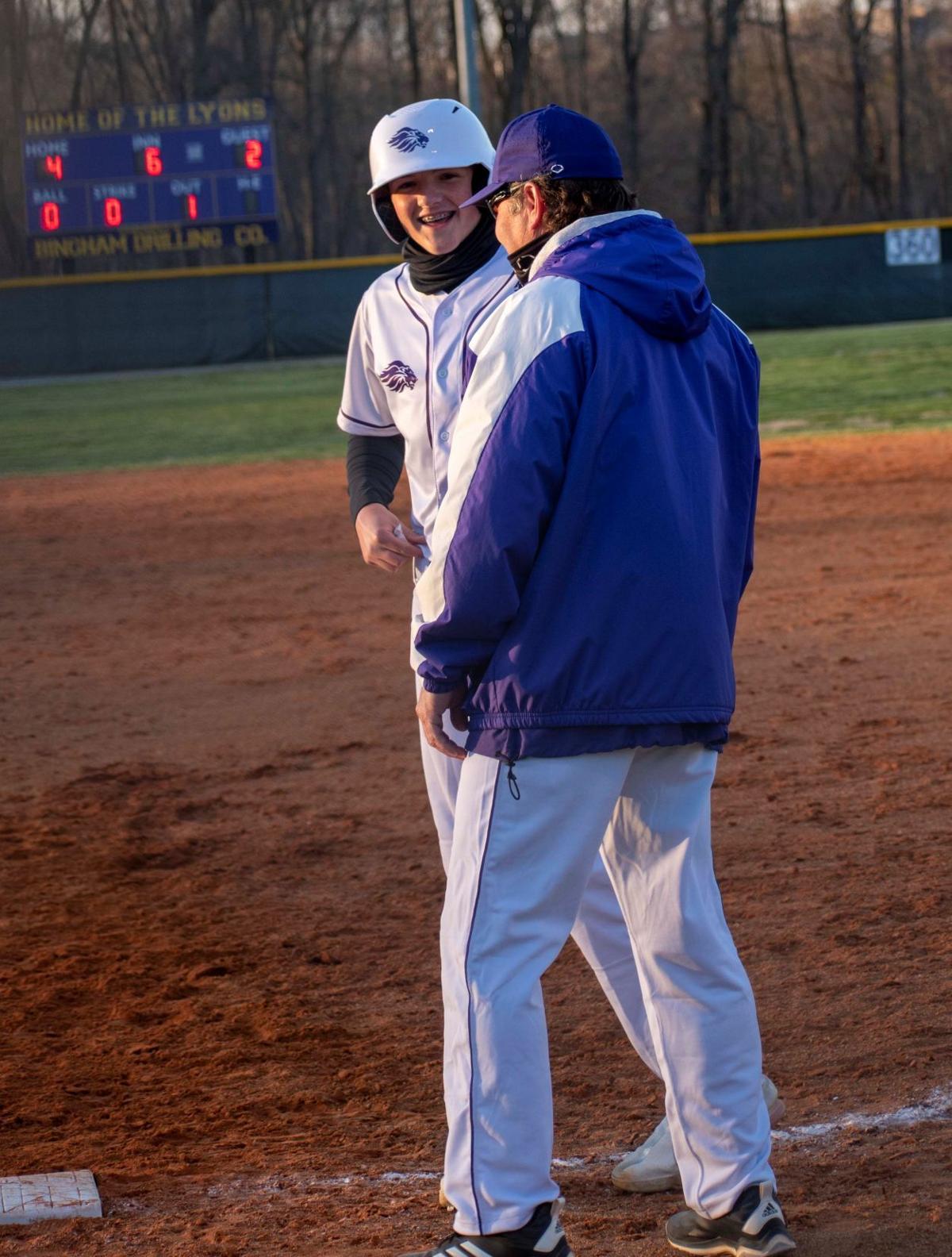 Coach Chris Yancy talks to Peyton Wiliams on first base in Lyon County’s game against Scott County on Thursday.

Coach Chris Yancy talks to Peyton Wiliams on first base in Lyon County’s game against Scott County on Thursday.

A heavy-hitting sixth inning paired with solid innings on the mound from Jackson Shoulders led Lyon County to a 9-2 victory over Scott County.

Thursday night’s game at Lee S. Jones park was only the second game for both the Lyons and the Cardinals.

The Lyons improved to 2-0, while the Cardinals claimed their second straight loss of the season.

Lyon County got on the board early in the first inning with Brody Williams’ line drive to center. Peyton Williams, a courtesy runner, stole third and eventually home on an error from Scott County catcher Luke Colvin.

The Lyons picked up two additional runs in the second to increase the lead 3-0.

Corey Cissel scored the second run of the night as a consolation prize after he was hit by a pitch.

Bady Darnall, who batted in Cissell on a double, also crossed the plate on Gunnar Bingham’s line drive to right field.

Campton Martin singled, giving the Cardinals a runner for Connor Ramsey’s ball deep into right field, closing the gap 4-2. Luckily, Shoulders was able to shut down the inning, striking out Andrew Wilhite, looking.

A last-minute pitching change to relieve Evan MacCallum opened the door for the Lyons’ runaway lead.

Junior Trey Courtney got off to a rusty start in his pitching debut for the Cardinals, walking two batters and allowing two hits which resulted in two additional runs for Lyon County.

Courtney saw only five batters before he was pulled and replaced with Jaxon Saylor.

Saylor allowed one hit and two runs before throwing the third out, leaving baserunners Cissell and O’Daniel on the bags.

Shoulders earned the victory, tossing six innings. He faced 19 batters and allowed four hits and two runs while walking one.

Lyon County racked up 10 hits, as Bingham, Shoulders and Williams each racked up two. Aidan Rush led the team with two of the four stolen bases of the night.